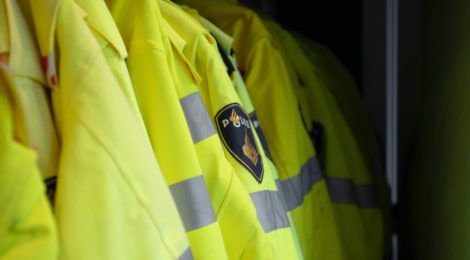 The New Frontline:  Alternatives to Police for Mental Health Crises

Conversations about police accountability, racial justice, and calls to ‘defund the police’ resurfaced in the aftermath of the murder of George Floyd by police officer Derek Chauvin and the subsequent Black Lives Matters protests that rocked the summer of 2020. Calls to change, reduce, or remove the role of law enforcement in responding to emergencies in the community, especially when mental health is involved, have since intensified.

Asantewaa Boykin, a trained psychiatric nurse and social activist, describes a situation which may not come as a surprise to many people today:

“There’s a whole list of people just in Sacramento who were killed by police while in the midst of a mental health crisis, dying in police custody because they needed help and ended up in a jail cell.”

Boykin is the co-founder of the Anti-Police Terror Project (APTP). She spoke to the Trauma and Mental Health Report (TMHR) about APTP’s response to police-perpetuated violence in their community, volunteer-led Mental Health First (MHF) Sacramento.

Launched in January 2020, the main goal of MHF Sacramento is to intercept and reduce police contact with community members. They provide support and services across the wider community of Sacramento, available 24 hours, seven days a week, with volunteers from medical backgrounds: doctors, nurses, clinicians, and medical students. Shifts are twelve hours long, and their volunteer involvement on top of their standard work hours is a testament to the need for the program. Boykin speaks about the resounding positive response to MHF Sacramento:

“We’ve been well-received by the national community, being lifted up as a framework we should be looking at. I think it’s because we’re outwardly committed to removing police dependence. Folks called saying: ‘We want something like this in our city.’” While MHF Sacramento runs entirely without police involvement, other similar programs across North America have chosen to collaborate with the police.

The Mobile Crisis Intervention Team (MCIT) in Toronto, Canada, is one such program. The program has been running for over 20 years and partners 6 hospitals across the city with the Toronto Police Service (TPS). MCIT acts as a secondary response to mental health emergencies, with a police officer and nurse working together in plainclothes to provide support.

MCIT program coordinators, Leah Dunbar and Police Sergeant August Bonomo, spoke with the TMHR, explaining that in practice, MCIT is a co-response program, with eventual plans to become first responders to appropriate calls. Currently, a 911 dispatcher requests the presence of MCIT shortly after dispatching law enforcement in calls involving mental health. There are currently no plans to remove police presence on these calls. Bonomo says:

“The primary role of the officer on the MCIT team is to ensure the safety of the nurse. If there are any safety issues, the nurse will stand by until it is deemed safe for the nurse to come in and do the assessment.”

According to Bonomo and Dunbar, reports conducted to determine the program’s effectiveness have shown the success of the program. Feedback has been positive from those supported by the program, their families, and the hospital partnerships. However, critics argue that a greater systematic change is needed and that efforts should be made to develop a new model that does not involve police on the scene.

The city of Denver provides another example of these new approaches: a multilayered crisis response, consisting of two alternative programs to police. The first is a co-responder program with a licensed mental health clinician and a police officer, much like Toronto’s MCIT, and has been running since 2016.

A clinician and paramedic pairing make up the second, a pilot program (launched June 2020) called the Denver Support Team Assisted Response (STAR). The Denver STAR provides an alternative for 911 calls that remove the necessity for police presence entirely. The STAR van can be seen around the city, responding to low level, low acuity, and low risk 911 calls. Arriving on the scene dressed in civilian clothes, services are adapted to the needs of the individual. The STAR support team seeks to find creative solutions in the moment, whether that means connecting someone to community support, or simply providing snacks and water. Carleigh Sailon is the program manager of the Criminal Justice Services at the Mental Health Centre of Denver and helped develop STAR. She explains to the TMHR that safety is determined through a 911 triage system: a decision tree in which calls are directed to the appropriate team, ensuring the best response for each situation. Over 800 calls have been filtered through the system since June 1 and, to this date, there has not been a single instance of police backup required.

With or without police involvement, the need for a change in frontline response is clear, as Sailon explains:

“When we don’t have options for crisis response, all those calls wind up on the plate of police. Sending police and ambulances is expensive and doesn’t always solve the problem, so how can we make sure that people are going to be connected to the right support?”

← Procrastination and Self-Worth Theory
On the Shortness of Life →