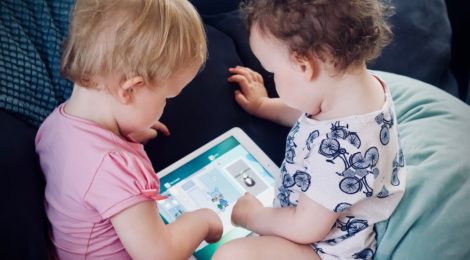 Yes, Excessive Screen Use is Still Damaging our Children

The web has changed our lives rapidly over the past 30 years, for better or worse. With it have come changes in parenting, which have affected our children.

Neglect in children is the absence of responsive caregiving which poses a threat to a child’s well-being. The average U.S. adult spent a whopping 17 hours staring at a screen daily before the COVID-19 global pandemic and 19 hours during the pandemic while working at home.  We are so glued to our screens and mobile devices that they have become ubiquitous for both adults and children.

When young children are not attended to by caregivers, they can become distressed. A YouTuber posted her version of the “still-face” experiment, in which a child is met with a complete lack of facial response from a caregiver. When ignored, the baby tries to get the parent’s attention by smiling, vocalizing, kicking, and waving her arms. Having failed, the baby bursts into tears. For many children, their parent being locked to a screen can be equivalent to this “still-face” response. In an interview with the Trauma and Mental Health Report (TMHR), Cris Rowan, a child occupational therapist, speaks about the damaging effects of “tech neglect” on children’s screen usage time:

“In the absence of an attentive parent, the child forms an unhealthy attachment with the screen. There is a lack of connection between parent and child, and dysfunction in the attachment system.”

A number of caregivers also use screens as babysitters, occupying the child’s attention without being aware of the effects. There are iPad mounts for cars, baby seats, strollers, and even training toilets. Emerging research has described the impact on child development, leading to an impairment in children’s ability to focus, learn, regulate emotions, and engage socially.

The TMHR interviewed Harriet (name changed for anonymity), a parent of three youngsters, who shares her views on children’s screen use:

“I’m often stressed out and busy. Putting an iPad in front of the kids for a while can keep them occupied while I cook and do household chores. I find it helpful to do that while driving so they don’t distract me, making the trip safer.  During the pandemic, they are engaging in online learning.  I don’t see any problems with using technology to help a busy mom manage her days with three kids.”

Harriet’s situation is common among busy parents who juggle work, home, and childcare. This was particularly true during the pandemic. Caregivers were taxed with more duties: parenting, teaching, babysitting, and working from home. Any moment the child is not demanding the caregiver’s attention is one where caregivers focus on other responsibilities.

Many are unaware of the damaging effects of excessive screen time during child development. By age 12, half the brain is “hardwired,” and what we expose our kids to during this period will shape them for life. Rowan explains:

“During childhood, two thirds of the brain develops, including the frontal lobes, which help kids focus, learn, and exercise control over impulses. Most screen use is considered a mindless activity during which children may stall in higher learning and self-control development. I’m seeing kids with 2 to 3 years of developmental delays due to a lack of physical activity and excessive screen usage.” One study on 4-year-olds has shown that just 9 minutes of screen exposure can cause a decrease in concentration, memory and attention, and children are often on screens for much longer than the amounts recommended by the American Academy of Pediatrics.

Rowan offers some steps parents can take in mitigating developmental harm and providing children with other engaging activities away from screens:

“I often suggest caregivers slowly reduce their children’s screen time through a ten step system. These include increased physical and social activities such as playing with other children or adults, going for walks outside, engaging in physical games, and participating in learning activities. This can slowly acclimatize caregivers and children to new routines which encourage healthy development throughout childhood.”