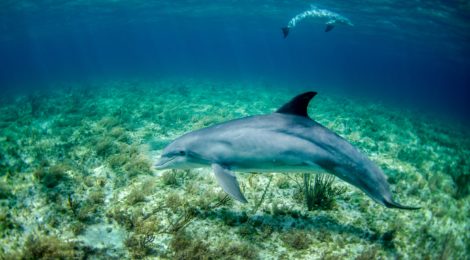 “Dolphin Boy” is a 2011 documentary by Yonatan Nir, Dani Menkin which follows the story of Morad, an Arab teenager who was brutally beaten some years prior by the brother and friends of a girl he was texting. The beating was so severe that it left Morad shell-shocked – mute, unresponsive, unable to recognize familiar faces, including his family.

Despite the treatment by one of Israel’s top psychiatrists, Dr. Ilan Kutz, which included medication and therapy, Morad could not overcome his severe mutism and Dr. Kutz suggested that Morad be institutionalized due to his PTSD with resulting persistent disassociation leaving Morad unable to function in society and return to his village.

Morad’s father asked for another solution and was offered an option of dolphin therapy at the Eliat Dolphin Reef. The therapy worked almost immediately with Morad finding interest and communicating first with the dolphins and then, their handlers, however, he refused to go back to the village opting to stay at Eliat instead. Sadly, as a result of the trauma, he lost any memory of his life prior to his arrival at Eliat. It took Morad years of living at the facility to be finally able to come back to his village and in the meantime, his father resorted to selling the family possessions to keep Morad in treatment so he would not relapse.

And while the story ends well, one cannot help but notice the difference in two worlds that Morad came to know and the undercurrent of cultural and social tensions (such as Morad dating a Jewish woman while at Eliat) that persist and that remain unaddressed. The biggest protective factor by far Morad had was the unwavering love and dedication of his father, who was willing to give up anything to bring his son back from his oblivion. It took years of treatment and dedication to help Morad. So, while his story is unusual to be sure, but it is far from a miracle and, like the reality of living with any mental impairment, lacks the whimsy that the name of the film would suggest the film would have.

In the words of Morad’s father, when it comes to dealing with mental impairments, there is “an ocean of tears that needs to come out.”

← Yes, Excessive Screen Use is Still Damaging our Children
On The Verge →