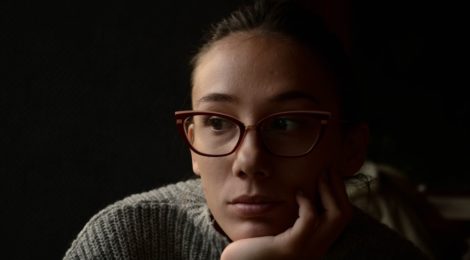 A recent study of 4,500 Swedish twins found that autistic girls from ages 9-18 were three times as likely to experience sexual assault when compared to their neurotypical counterparts. This statistic is particularly alarming as girls and women with characteristics of ASD (Autism Spectrum Disorder) already face difficulties receiving the diagnosis, with the average age of diagnosis being 16 years of age. Kirsten Lindsmith, an autistic advocate and blogger, explains why these girls are at an increased risk for sexual assault:

“Autistic people have a kind of manual transmission brain, as we have to learn social skills, instead of it coming naturally. This combines with patriarchy, consent culture, and issues with sexuality. We don’t cognitively multitask very well and reading social situations doesn’t happen intuitively. In our society, a lot of how sexuality and courtship works is indirect, not overt, and requires this dance of nonverbal communication. Autistic people are not inherently equipped unless they learn it painstakingly, and then it often still takes a lot more effort to maintain. It’s a disadvantage.” Not only do social deficits put them at greater risk for sexual assault, but it is also continuous social rejection that is often a part of growing up autistic. This can lead to increased receptivity to positive social attention, making it difficult to distinguish true, warm friendship from predatory behaviour:

“Having that directed positive attention can be so hypnotizing for someone with that background. There’s this level of social trauma in autism that will frequently make people really grateful to someone who is directing a lot of positive attention. Sexual desire from predators can look a lot like positive attention, being friendly, really liking you, thinking you’re funny. All these types of things that don’t come from indirect courtship. They’re going to talk to you specifically more than other people, smile at you, look at you more, maybe stand close to you, touch you a little – all those things that you may be starved for.”

When it comes to what we can do to counteract this risk of sexual assault for autistic girls and women, Lindsmith suggests several strategies that may be helpful, such as asking direct questions when feelings of discomfort arise:

“I like to ask questions, as I find that saying no outright is often dangerous, and asking questions can have the same effect with much less danger. ‘What are we going to do there?’ Being authentically yourself when you’re confused or angry is very protective.” Other options include implementing a buddy system and finding ways to have open conversations with trusted friends and family on boundaries in dating. Being able to discuss one’s thoughts and feelings is not only a helpful source of support, but also allows for others to give people on the spectrum concrete advice on how to navigate difficult and uncomfortable situations. However, this option is generally more accessible for girls and may place autistic boys at a disadvantage. Lindsmith explains:

“The buddy system is one of the resources that autistic girls and women often have that isn’t as easy to access for autistic boys and men. Tony Atwood calls this the ‘Mother Hen friend’ phenomenon, where girl gender culture encourages nurturing, guiding behaviour. Girls are much more willing to take someone under their wing, teach the nerdy friend how to dress. Say you go to a party, you don’t go alone, you go with your Mother Hen friend, who you trust, and don’t leave their side. Act like they are your service dog.”

With all of this in mind, one of the best ways to reduce the risk of sexual assault for autistic people may simply lie in awareness. Facilitating this understanding of this risk for the individual, their friends, family, and therapist can improve access to the right kind of support.

“I think the best thing is to just be aware that this is real. It’s real, it happens to everyone, and it’s not something you’re protected from just because you don’t think about it.”