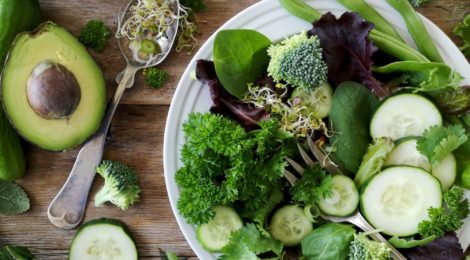 With the rise of diabetes, cancer, and hypertension in North America, it comes as no surprise that physicians and dieticians encourage changes in diet, including eliminating processed foods, cutting down on fat and sugar, and consuming more vegetables. There is even a current trend of social media influencers sharing their ‘clean diets’ using the #CleanEating hashtag.

On the surface, there appears to be nothing wrong with having a strong desire to eat healthy. Yet desires can lead to obsessions, and obsessions can be unhealthy, sometimes even deadly.

Orthorexia nervosa is an eating disorder defined by a maladaptive obsession with eating healthy. People with this disorder are fixated on the ‘purity’ of their food and obsess over ingredients. They may restrict the type of food they eat by eliminating food groups, such as strictly adhering to vegan, gluten-free, dairy-free, or all-organic diets. These preoccupations can be extreme as some people with Orthorexia spend hours preparing, categorizing, weighing, and ruminating over food. Since Orthorexia has not yet been added to the DSM-5, the dominant American psychiatric diagnostic system, there is continuing debate over diagnostic criteria. The most commonly asked question is: where is the hard line that separates ‘healthy’ from ‘pathological’ eating? Jessica Setnick, a registered dietician, author, and member of the task force of experts working toward a unified definition of the diagnosis, offers an answer to this question:

“It’s the same hard line that separates ‘use’ from ‘abuse’ with any substance or behaviour: does it cause problems in your life? One person may enjoy going to five farmers’ markets, spending their disposable income on gourmet foods, or spending hours each day preparing new recipes. If they’re healthy and have a happy life that supports those behaviours, who are we to judge? But the person who does the exact same and is depressed when they don’t, or can’t eat a meal prepared by a loved one because they’re scared of the food or can’t go to work anymore because of the time they are compelled to spend preparing food, these are problems. Not the food itself, but the way that the obsession with food is impairing their life.”

“People with Orthorexia Nervosa are much less likely to present for treatment because it’s socially reinforced as being a virtue to eat healthy. They may receive all kinds of positive social reinforcement for that, so they might not see it as being problematic.”

The disorder can also be hard to detect medically. Mills adds:

“My concern clinically is that family doctors don’t know enough about Orthorexia Nervosa to ask patients what their eating habits are like. Somebody could be struggling quite severely with Orthorexia, but not be underweight medically, and so they and their loved ones might not notice or say anything about their weight, even their primary care physician or their family doctor might not pick up on it at an annual checkup, because they present as if they are in a ‘healthy’ weight range. You would only know that through specific targeted blood work. So that’s the concerning part of it. It can go undetected.”

In recent years, the wellness culture on social media platforms has created a toxic environment for those most vulnerable to eating disorders. A recent study revealed a link between Orthorexia Nervosa and Instagram usage. One possible reason for this link is that Instagram celebrities create the impression that you need to eat in a specific way to be successful. 23-year-old Instagram blogger Jordan Younger was known for her ‘gluten-free, sugar-free, oil-free, legume-free, plant-based, and raw vegan diet.’ She sold over 40,000 copies of her ‘cleanse’ program. Many fans didn’t see her struggles behind the screen. She stopped menstruating. Her hair fell out. Her skin had turned orange from consuming an excessive amount of sweet potatoes. After seeking help and recovering from Orthorexia Nervosa, she announced that she would be transitioning away from her ‘clean’ diet and consuming food she had restricted before.

As she began her recovery, she lost thousands of followers. People insulted her, accused her of lacking self-discipline, and even demanded their money back. Society seems to reward ‘clean eating’ and shames those who stray.

“The diet-and-exercise industry bears a lot of the blame. It promotes the idea that if you eat a certain way, you will not only look better, you’ll be happier. That idea gets internalized by young people, men and women, from a very early age that what you eat is somehow a reflection of your value as a person.”

So what can we do to ensure eating disorders are not promoted, contributing to the glamorization of ‘clean eating’ and thin idealization? Setnick says:

“The main thing is to stop judging and commenting on other people’s bodies. Accept that everyone is going to look different, even if we all ate the same. The other big change is to stop believing in weight change as the solution to problems. We need to help people with the actual issues they’re struggling with and not just recommend weight change as a way to feel better.”

Whether it is with weight or food, obsession is unhealthy. Many seek control through the magic of a ‘clean’ diet. Unfortunately, their diet soon may end up controlling them.