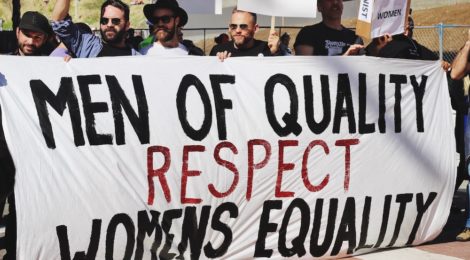 On September 24th 2021, around 9000 students at Western University, Canada, walked out on campus to protest “cultural misogyny” after a series of sexual assault allegations. Students called out for the reexamination of campus culture, increased safety policies, and administrations accountability.

Frosh Week is often an exciting time for students on campus. However, it represents a heightened risk for gender-based violence (GBV). Many students say that the campus climate surrounding consent, relationships and sexual violence feels coercive and that they end up engaging in the ‘hook up culture’ mostly because it feels expected.

Gabby (name changed for anonymity), a student at Western University, shares: “During Frosh Week, I saw an intoxicated woman being dragged by a sober man. I wanted to intervene, but I was scared. I asked my friend whether we should call someone, and he said, ‘Sex and partying just go together. They’re just having fun.’ I realized many students just don’t know what consent is, and that is dangerous and scary.” In Canada, 41% of all reported incidents of sexual assault were reported by students, 90% of which involved assaults committed against women. While most men may never condone the use of violence, these statistics show that gender-based violence skews in one direction: men towards women. Interestingly, two of the root causes of GBV are gender inequality for women and cultural misogyny, which normalizes dominating, and sometimes violent, behaviours. This suggests an urgent need for men to become more engaged in the prevention of sexual violence on campus.

While many colleges have established prevention programs aimed at educating students about sexual violence, the programs tend to focus on warning potential perpetrators about the consequences of sexual assault or training potential victims on how to reduce their chance of being targeted. Addressing future perpetrators or victims may not benefit participants of the programs, as students may feel distanced from identifying as either. Bystander intervention programs provide a more promising approach. These programs train students on ways they can reduce acts sexual violence committed by others.

Research emphasizes that a key strategy in reducing sexual violence is involving men and boys. Men may, in fact, wish to help, but may not understand how, or may be afraid of making things worse. Tools and campaigns that encourage men to think about their complicity, accountability, and their role as allies can have a tangible impact on preventing sexual assault. The Trauma and Mental Health Report (TMHR) spoke with experts from Courage To Act, a nationwide initiative to address and prevent gender-based violence at post-secondary schools. When asked what can be done to engage men in preventing sexual violence on campuses, they recommend the following:

“Commitment from senior staff to support programs that aim to engage men, such as the Courage to Act’s Engaging Men on Campus Community Practice; training staff and faculty on receiving assault disclosures; engaging students throughout the life of the program, from a needs assessment; and program training to honour peer experiences of toxic masculine culture. As well, grassroots student-oriented programs based in natural groups, such as varsity sports team, residence groups, fraternities, clubs and groups, and faculties.” When it comes to the prevention of sexual violence, a focus on men is a crucial part of the solution. However, continuing to invest in feminist movements and organizations is also important, which are fundamental for voicing and reporting violence against women. A whole solution will require a comprehensive approach, and there are more components to be considered. Experts from the Courage to Act add:

“Post-secondary institutions can impact prevention by making all learning and working environments trauma-informed, in addition to advocating for proper sex and consent education to take place before students arrive to campus. It is also important that universities are actively working towards dismantling systems of oppression such as colonialism, racism, transphobia, and xenophobia, all of which are root causes of sexual violence.”