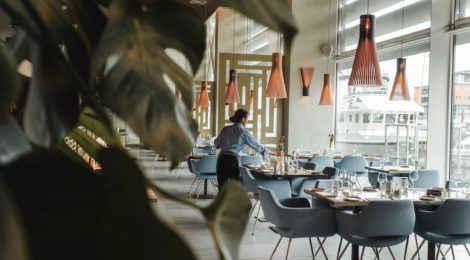 Abuse in Fine Dining Translates into Real-World Costs for Employees

Restaurant managers and owners turn a blind eye to inappropriate behaviour, fearing that they may lose guests’ patronage. Trauma and Mental Health Report recently interviewed Suzie (name changed for anonymity), a former Toronto restaurant employee of many years. She explains:

“You are expected to let guests sexually harass you, almost to the point of assault, and when you tell your managers, they shrug it off saying that the guest deserves to be able to do that since they are spending upwards of $1000 each night they dine with us.”

Lack of support for employee well-being is seen within management, where staff are frequently subjected to emotional abuse by owners, upper management, and other staff members. Less explicit issues also plague fine dining restaurants due to the time it takes to train service and kitchen staff on proprietary restaurant knowledge. Servers and kitchens staff are expected to work late and even work sick. Currently, the wage for servers is only $12.20 an hour, and with no sick days, many rely on tips to pay bills. In an interview, a former hospitality insider tells us:

“It was common for people to come into work sick during the winter months because we didn’t have paid sick days. Someone would usually bring a communal bottle of DayQuil and we would do shots of it behind the bar during service.”

The financial strain and unreasonable expectations extend beyond front-of-house staff, into the kitchen. Chefs suffer verbal abuse from other staff and superiors, all while being expected to work 12-hour shifts, six or seven days a week, for a national average salary of approximately $40,000 a year. A former fine dining executive chef says:

“While the industry from the 90s until now has changed in some ways, it has remained relatively consistent in others. All the staff, especially kitchen staff, were getting away with verbal harassment because there was no way to prove what they said. Even to this day, racial and gender bias remains an issue. Most people who work in kitchens are white hetero men, and so being a strong woman and a member of the LGBTQ+ community in a position of authority came with ample verbal assaults and inappropriate comments from staff all around.”

When asked how her mental health was affected when she became an executive chef, she explains:

“The higher you rise in the industry, the more pressure you are under to come up with new ingenious dishes and added pressure to get that Michelin star. Even recently, we have seen some of the world’s top chefs take their own lives because of the inability to deal with the pressure and lack of access to resources for help. Add into this mix the very real substance abuse in the industry, and it is a recipe for disaster.”

Another fine dining employee reflects on how management treated staff with abuse:

“The staff came and left like a revolving door. I recall one server leaving because the manager cracked a joke about how she deserved to cry in the back, and that the abuse from a guest was warranted. Another time, managers were skimming tips off the top of servers’ cash outs at the end of the night, and when it was brought to the attention of the owners, their response was that ‘they should have taken more.’” There are common phrases between kitchen and front-of-house staff, such as “we all take turns crying in the walk-in fridge” or “bet you really earned that tip,” accompanied by a wink. Sadly, these phrases oftentimes ring true. When asked why Suzie finally made the choice to leave the industry at the beginning of the pandemic, she replies:

“The most shocking experience I ever had was when I told one of my managers that another employee was sexually harassing me during service, and they fired me and kept him. Three years later I walked into another restaurant with the same company – and he was still there. When COVID hit, it was finally my way out. I was able to get some support from the government and focus on my education. [Leaving] was worth it, because at least I felt like I got my dignity back.”