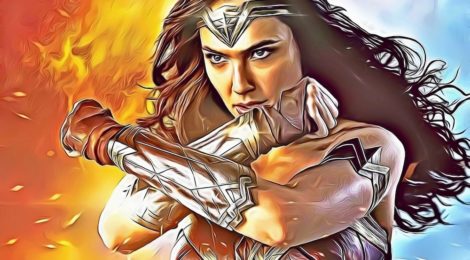 “Strong Women” Characters can be both Blessing and Burden

Today, some of the most powerful heroes within the superhero genre are, in fact, women: Captain Marvel and Scarlet Witch in the Marvel cinematic universe, Jean Grey in X-Men, and the recent adaptation of Wonder Woman in the DC universe. While many applaud these depictions as inspirational, particularly to young girls, skepticism has also been raised at the deeper message these “strong” women characters potentially carry with them. Do these heroines truly empower, or are they simply embodying a stereotypical masculine standard of strength?

A study done by the BBC in 2018 found that young female fans of the superhero genre experience a boost to their self-esteem when seeing such characters. This positive effect suggests that gender representation on screen matters, as it can be aspirational and motivating for young girls. The president of BBC America said in response to this study: “If you can’t see her, you can’t be her.”

However, some have questioned the concept of “strength” that is being depicted in these characters, saying that it is rooted in traits that champion aggression, lack of emotion, and physical prowess. In other words, women portrayed onscreen must display a capacity for destruction and violence to been seen as strong. In an interview with The Trauma and Mental Health Report (TMHR), fiction author AJ Vrana explains how she navigated this conflict when creating the protagonist, Miya, in her book The Hollow Gods:

“I have to say that I don’t think I was specifically concerned with creating a ‘strong female character,’ because if I take the concept seriously, I don’t actually know what it means. I was more concerned with creating someone who was relatable to my readers, someone who has relatable problems and vulnerabilities. For me, the way strength showcases itself is how one copes with and comes to understand their problems. The goal was never to eliminate Miya’s problems: it was getting her from a place where life was too difficult to a place where she could stand on her own two feet. If that isn’t some iteration of strength, I don’t know what is.”

Women have historically been criticized for being “too emotional,” and the strong woman character trope can be seen as a response to this criticism: she is fearless, unshakeable, hard, and poised to punch through anyone who stands in her way. While these traits are not exclusive to men, popular media often chooses to portray strength as such. This puts the burden on women to fulfill a pre-constructed definition of strength, instead of questioning the validity of the definition in the first place. Should everyone, regardless of gender, aspire to qualities that strip away our humanity in favour of brute force? Vrana touches on this when discussing the complexity of Miya’s courage and bravery:

“There are moments when she’s brave, but the bravery comes more from her ability to confront emotions rather than her willingness to physically throw herself into danger. Having to not show feeling because there is this expectation of ‘being strong’ is not necessarily a virtue. Having to cast off or ignore pain because ‘that’s not strong’ – I don’t think we’re doing anyone any favours with that.” With all of this in mind, there are some noteworthy exceptions within the superhero genre. For example, in the Disney+ television series WandaVision, Wanda Maximoff, a.k.a. the Scarlet Witch, creates a massively destructive force within her precisely because she is desperate to ignore and avoid her past trauma. It is only when she comes to accept her pain and her grief that she can realize her true strength.

And in Vrana’s work, by allowing Miya the space to express her struggles with mental health, Vrana has received praise from readers for making Miya both strong and relatable:

“People who read and reviewed the book felt that the representations of anxiety were very accurate, and for this reason, there were a lot of people who felt very seen. Miya spoke to them because they saw themselves in her.”