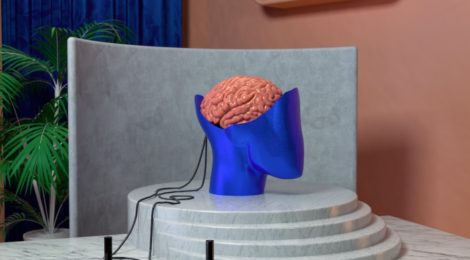 Can Neurofeedback Train the ADHD Brain?

Neurofeedback has been purported to treat symptoms of Attention Deficit Hyperactivity Disorder (ADHD), such as inattention or impulsivity. But the efficacy of neurofeedback on ADHD remains controversial.

Neurofeedback is a therapy that offers “brain training” via electrodes placed on the scalp. A software program performs a continuous assessment of brain signals registered by these electrodes, from which audiovisual feedback is provided.

Since its inception in the 1970s, neurofeedback technology has evolved. Currently, there are two types of neurofeedback treatments: linear and dynamic. In an interview with The Trauma and Mental Health Report (TMHR), Susan Tzankow, a certified counsellor and NeurOptimal® trainer, explains the difference:

“Linear neurofeedback requires a diagnosis and is done by an expert in an office setting. First, a snapshot of the brain cortical activity called the ‘brain map’ is taken. Next, the brain map is used to reach a diagnosis and a treatment protocol. Then, a feedback loop is designed to reinforce the brain to behave in a certain way, according to the treatment of symptoms.”

In comparison, dynamic neurofeedback does the following:

“It looks for flutters in brain activity, provides feedback, and lets the brain decide what to do with the feedback. It does not push the brain activity in a certain direction. There is no need for diagnosis, as it is considered a general wellness device by the FDA. It is less expensive, and a family can rent it and do it at home.” Neurofeedback has its share of critics, who question the degree to which other factors play a role in the treatment’s purported efficacy, such as expectations, attention by the therapist, client readiness for change, and therapeutic alliance. Clinical psychologist Saeid Chavoshi, director at the PsychoEd clinic, spoke with TMHR about needing more evidence before making strong claims:

“Based on literature review, neurofeedback for ADHD could be effective either due to non-specific factors or placebo effects; the efficacy of treatment, with neurofeedback as the mechanism of change, remains in question. When studies have included a ‘sham’ control group (a group of participants receiving fake neurofeedback treatment with random signals as feedback), the unique effects of the treatment disappeared.”

The variety of neurofeedback options and outcomes can be confusing for families considering treatment. While some report little to no results, others experience improvement. The treatment itself may entail from 10 to over 100 sessions to see results, if any. Fiona (pseudonym), whose son has ADHD and a video game addiction, shared that her son found neurofeedback to be boring and stopped after the 6th session. For others who stick with it, a lengthy treatment can be costly, as was the case for Shirin (pseudonym), who spent close to $10,000 on treatment.

Katherine (pseudonym) had a success story with dynamic neurofeedback and saw a notable improvement in her 9-year-old daughter with ADHD, OCD and anxiety. Katherine elaborates:

“It used to take my daughter 12 hours to complete a 1-hour homework; she constantly had to take breaks and could only focus for 5-10 minutes max. It caused tension and fights between us. I had to constantly coach her… One night, as I was changing the sheets and smoothing the corners, she started having a meltdown, screaming ‘it’s not right!’, hitting her head, and scratching her arms.” Psychotherapy did not seem to help Katherine’s daughter. They decided to rent a NeurOptimal® system:

“After eight sessions, she started doing her homework and finished it without coaching for 30 minutes…” with further improvement happening just a couple of sessions later.

Still, the evidence is preliminary and inconclusive. Expert opinion and subjective reports are scattered, especially considering other treatment options for ADHD, like medication, psychotherapy, and mindfulness.

← The Bell Jar
I am not a Monster: Schizophrenia →