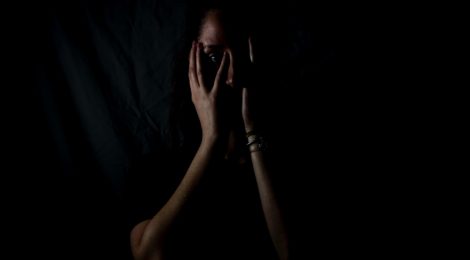 Franz Pohl Bühler was born in 1868 and was reported to have had “auditory hallucinations as early as 16 years” old. When he was fired from his job due to his unusual behaviour, he entered a mental health institution in Germany where he was diagnosed with schizophrenia. Bühler was a self-taught artist and created beautiful pieces which caught the interest of his psychiatrist Hanz Prinzhorn. The book titled “Artistry of the Mentally Ill” was created by Prinzhorn and featured a compilation of artworks by Bühler and other individuals within the institution. Bühler’s painting titled “Der Würgengel” created in 1904 loosely translates to “The Avenging Angel” or “Choking Angel” in English. The most prominent emotion within this piece is fear, represented by the man being choked by an angel who seems detached from the suffering they are causing. Although the Bühler was unable to comment on the meaning behind this image, Prinzhorn theorized that it was a personal piece that might have represented the “paranoid terror that Bühler must have experienced”.

← Coming Into Being
When Healing Requires Choosing Among Family →