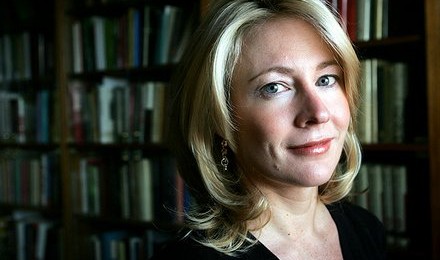 Book Review: “The Trauma Myth” by Susan A. Clancy

Susan A. Clancy is a former researcher in the field of memory at Harvard University and current Director of Research for the Center for Women’s Advancement, Development and Leadership at INCAE.  She has worked in conjunction with a research group that, along with fellow Harvard colleague Richard McNally, has attempted to discredit the idea of repressed memory and memory recovery in trauma victims.  Her most recent book, The Trauma Myth, outlines a controversial theory that childhood sexual abuse in and of itself cannot be defined as trauma.  She states that trauma is defined as violent and fear-inducing and that most victims are not shocked, horrified or frightened by the event, but rather confused or possibly even unaffected at the time of occurrence.  She asserts that many victims, at the time of the event, do not realize the wrongfulness of what is occurring, and it is not until later in life that they begin to wholly understand the magnitude of what happened.  In her view, it is the reaction and response of others to this event that reconstructs the experience of the molestation into something shameful, guilt ridden and traumatic.  And so, children do not actually suffer from the actual abuse event. Clancy goes on to state that it is this “mislabeling” that fuels what she calls the “trauma industry,” an industry that creates an aftermath of negative self concept and shame where she says there previously wasn’t any, in order to allow the money-making business of clinical treatment to continue to prosper.  She calls for the abandonment of the idea of childhood sexual abuse as being labeled traumatic, the dismissal of repressed memory, and a complete reconstruction of the paradigm that childhood sexual abuse is a traumatic and psychologically harmful experience.

A book that revolves around a concept, as this one does, should really get that concept right.  Unfortunately, Clancy’s work is conceptually and fundamentally flawed.  Concerns with Clancy’s basic argument have been voiced by many, including trauma researchers Marylene Cloitre and Kathy Steele (Steele is a former president of the International Society for the Study of Trauma and Dissociation).  According to Cloitre, Clancy adopts a simplistic view on the concept of trauma, defining it far too narrowly, as necessarily violent and fear-inducing.  In Cloitre’s view, trauma is much more nuanced than Clancy allows, with the word trauma itself stemming from the Greek word (also trauma) meaning injury or wound, and is an idea that “includes the notion that the creation of an injury does not necessarily have to hurt at the time, that the individual does not necessarily have to be aware of it as it occurs, and that individuals heal at different rates (quickly/slowly) and to different degrees.”

People vary in their responses to misfortune.  Just because a given soldier does or does not develop posttraumatic stress disorder, makes the war no less heinous.  In fact, the pain caused by physical and sexual abuse can be as much about what failed to happen as about what did happen.  And so, what is often most traumatic for victims of physical and sexual abuse is the abandonment that many felt when the adults in their environment saw what was happening and failed to react, failed to protect; thereby allowing abusive family patterns to continue unchecked.  Betrayal by those trusted most can have long-lasting negative effects across the lifespan.  In her critical response to Clancy’s book, Cloitre states that abolishing the definition of trauma as it applies to sexual abuse will not result in getting rid of the silence that drives the shame and the guilt that victims experience, but will, in fact, result in further harm. That is, accepting Clancy’s either/or definition of sexual abuse trauma is likely to further the shame and guilt felt by those who experienced childhood sexual abuse but who do not fit into Clancy’s categories.

Like Cloitre, trauma therapist Kathy Steele views Clancy’s over-simplification of the concept of trauma as representing a fatal flaw in the work.  Just because an event was not always experienced as “violent, horrifying and shocking” does not mean that it was not traumatic and did not cause harm.  Steele considers childhood sexual abuse as usually occurring within the context of an environment where there is lack of control, blame from family members, emotional and physical violation, and shame.  All these combine to create the complex, painful and traumatic psychological harm that victims experience.

In addition to Clancy’s troubling definition of trauma, another notable problem with her book is that, at times, evidence is used in a way that is frankly misleading.  As mentioned above, Clancy states that not all instances of childhood sexual abuse are violent, horrific, or shocking at the time of the event and therefore, in these instances, no trauma was caused.  And as discussed, this assertion is based on her faulty definition of trauma, a definition for which she has no empirical data.  She constructs this definition with evidence she claims to come from reputed trauma researchers such as Judith Herman and her widely influential book, Trauma and Recovery.  However, all one has to do is read Herman’s book to see that Herman’s definition of trauma is, in fact, nothing like Clancy’s.  On the contrary, Herman favoured a definition that is complex, contextual, and dependent on a variety of variables such as the individual’s resilience, the environment the child is raised in, the nature and duration of the abuse, and the relationship the victim has with the abuser.  Herman states that one cannot disregard any of these factors when considering whether or not an event was traumatic or when determining traumatic severity.  Clancy’s narrow view on trauma proposes an almost competing model to Herman’s.  Yet Clancy misleads the reader by vaguely referencing Herman, falsely implying similarity between the two approaches.

A final, more insidious problem with The Trauma Myth is that Susan Clancy is in fact, a very effective writer.  Drawing the reader in, the author is both concise and convincing, without making the reader feel as though she is being talked down to.  Clancy’s message is clearly and eloquently delivered.  And for the individual new to the field, the clarity of the writing makes the arguments compelling.  In the final analysis however, the author is hiding a flawed theory, devoid of supporting data, behind solid prose and effective writing style.

We know from years of empirical and clinical data that painful experiences do not have to be physically violent or cause obvious harm in order to inflict long-lasting psychological wounds.  Clancy provides no relevant or convincing data to suggest otherwise.

← My Mother’s Reflections on her Own Brain Injury
Helping Cystic Fibrosis Patients: A Nurse’s Account →