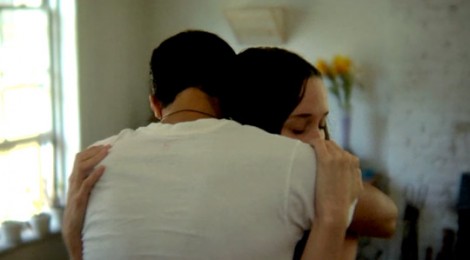 As summer began to wrap us once again in her warmth, I was reminded of a city walk I took about this time last year, the memory of which has remained with me since.  Crossing a busy intersection, I heard the most agonizing cry from the other side of the street.  I saw a woman whose face was filled with sheer pain.  Consumed by her own agony and completely unaware of her surroundings, she began crossing the street diagonally into traffic.

It was clear that the woman was unable to think or move any more quickly than she was.  It was also clear that I alone realized this.  Drivers impatiently honked their horns and yelled out their windows, “Get off the road lady!”  Every honk seemed to cause the woman more distress.  In time, the traffic did stop and the woman was able to make her way across without getting physically harmed.  But it was the responses of others that I found remarkable and rather distressing.

We see this a lot.  We see it when we blame the parent whose child has a tantrum in the grocery store.  We see it when a friend loses a job, and is blamed by those around her.  We see it when we hear others say, “Why can’t he/she just get over it?”  And we see it in ourselves, when we express or feel our own judgmental reactions to others.

Brene Brown reminds us of the definition of blame in the psychological literature:  A way to discharge pain and discomfort.  I imagine that at least some of those drivers arrived at their destinations blaming their tardiness or irritable moods on the “crazy woman who walked into traffic.”  No matter what was going on for her, and we can only make assumptions, she did not deserve the impatience shown to her by others.

What does this tendency to blame say about us?  Psychologists Mario Mikulincer and Phil Shaver, in their research on attachment, demonstrated that enhancing attachment security can actually foster compassion, suggesting that for those who tend to frequently blame others, there may have been a break in attachment security somewhere in their recent or distant past.

So those who are more secure in their basic attachments tend to be more compassionate toward others.  Intuitively this makes sense.  But interestingly, better attachments also mean greater comfort with personal vulnerability, and on the face of it, this connection is perhaps a little less clear.

In Brene Brown’s view (The Power of Vulnerability), many of us suffer from an inability to be with those who are vulnerable.  Vulnerability is scary and uncomfortable.  To feel safe in the presence of that which is deeply vulnerable, we need to have a strong sense of inner security, which, according to Psychiatrist John Bowlby is fostered through our early attachment relationships.  When our primary attachments are damaged through abuse, neglect, or traumatic experiences or when our sense of safety is challenged by the effects of traumatic accidents and loss, we are often left with a sense that we are not really safe in the world.

And this may be precisely where the connection lies.  To be comfortable with the vulnerability of others, with their suffering, to be compassionate and willing to connect to their pain, means being willing to acknowledge our own vulnerabilities.  And it takes an inner sense of strength, an inner belief in ourselves, to do just that.

“The only reason we don’t open our hearts and minds to other people is that they trigger confusion in us that we don’t feel brave enough or sane enough to deal with. To the degree that we look clearly and compassionately at ourselves, we feel confident and  fearless about looking into someone else’s eyes.” — Pema Chödrön