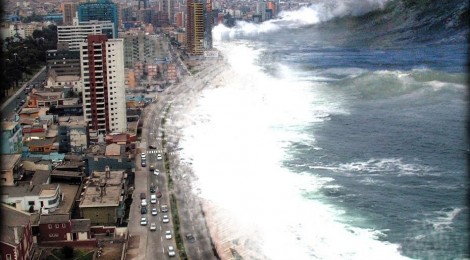 Culture and PTSD: Lessons from the 2004 Tsunami

The 2004 tsunami that swept through Sri Lanka, destroying everything in its path and killing over 200,000 people, took its place as one of the most devastating natural disasters in human history.  Its cause, an undersea earthquake with magnitude over 9.0, was the third largest in recorded history.

Natural disasters of this scale test the human spirit and often result in pain and suffering that transcends physical wounds.  Knowing this, within days of the tsunami, hundreds of therapists with years of education, experience, and good intentions, travelled from around the world to help survivors with their psychological recovery.

Given the level of devastation there was no question that, in addition to requiring medical attention, the people of Sri Lanka would also require psychological intervention to help them cope with the trauma.  It was assumed that survivors would develop post-traumatic stress disorder (PTSD), an emotional illness that impairs functioning and often requires professional treatment.  PTSD may, but does not always, occur following exposure to a catastrophic, dangerous or life-threatening event, such as war, a violent attack or a natural disaster.  The development of PTSD is often impacted not only by the nature and severity of the trauma, but also by factors such as previous exposure to traumatic events (such as repeated abuse) or on-going exposure to violence.  Given the previous history of civil war in Sri Lanka, it was thought that this would increase susceptibility to PTSD.

In his book, Crazy Like Us: The Globalization of the American Psyche, writer, Ethan Watters, discusses cultural differences in reaction to trauma.  He uses events following the tsunami as example, describing how western therapists arrived in Sri Lanka to provide counseling and treatment for PTSD without really considering the effect culture has on outward symptoms and coping mechanisms resulting from exposure to a traumatic event.  Using a North American designed and tested PTSD checklist of symptoms, the volunteer trauma counselors diagnosed 14% to 39% of children with PTSD within 3 to 4 weeks of the tsunami.  This, despite the fact that the Diagnostic and Statistical Manual of Mental Disorders (DSM-IV) diagnostic criteria requires that symptoms cause significant distress or impairment in functioning for over a month before one can be given the diagnosis.

Immediately following the tsunami, Sri Lankan peoples’ top priority seemed to be aiding those around them, rather than seeking treatment themselves, behaviours that were viewed by many of the therapists as signs of “denial” and “shock,” and considered to be warning signs of PTSD.  Despite the persistence of Sri Lankans to continue helping those around them, the therapists continued encouraging them to stop and “take care of themselves first.”  However, in many cultures, the practice is to help others before you help yourself.

Consistent with the notion of helping others first, there are notable differences across cultures in how one views the relationship between the individual and the social.  In western cultures, we see individual psychological problems as causing social difficulties, such as the formation and maintenance of meaningful relationships, and so the individual is encouraged to seek treatment.  In Sri Lankan and other Asian cultures, it is the opposite.  That is, the presence of social bonding and ties created by acts such as helping others is what prevents the development of psychological problems.  In his book, Watters states: “there is little about the human reaction to trauma that is universal.”  No culture is immune to the pain and suffering caused by catastrophic or life-threatening events, but there are important cultural differences in how these events are interpreted and dealt with.

Allan Young, a medical anthropologist at McGill University in Montreal, states that while reactions to trauma vary across cultures, they also vary across time, using the example that soldiers who fought in wars in different decades experienced different outward symptoms as a function of the societal views of their time.  He notes that although symptoms vary across time and culture, it is important to recognize that they are always very real to the person experiencing them.

Trauma and mental illness can be seen throughout the world, however people react and cope differently from one culture to the next.  Best practices in one culture do not necessarily translate to another.  A finding such as this, while disappointing and humbling, can offer occasion to examine some of our core assumptions about the nature and universality of mental illness.

“Grasping at things can only yield one of two results:

Either the thing you are grasping at disappears, or you yourself disappear.

It is only a matter of which occurs first.”

← Keeping Parents of Hospitalized Children Nearby
It Takes a Village: A Community Cares for their Young →