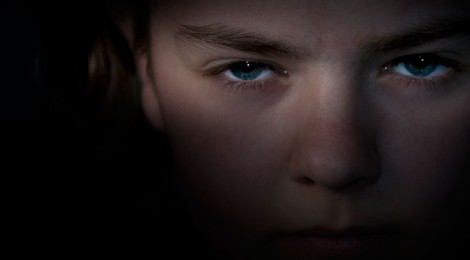 Conduct Disorder in the Family

Notorious criminals, such as serial killers Ted Bundy and Jeffrey Dahmer, would certainly have been diagnosed with antisocial personality disorder.  The disorder is marked by a profound lack of empathy and an absence of remorse for social and moral wrongdoings, and can manifest in extensive, lifelong patterns of extreme manipulation, unashamed violation of the rights of others, and criminal behavior.  Psychologists have for some time acknowledged that conduct disorder, a disorder diagnosed in children and teenagers, is a possible predisposing factor for the later development of antisocial personality disorder in adulthood.

Emily and John Forrester worry that their own nine-year-old son, Brandon, may become such a man without remorse or guilt.

Mrs. Forrester describes the first signs, “I realized when he was two-years-old in daycare…[But] his serious behavioral problems started in grade one, when he was seven.  His teachers told me it was hyperactivity but we weren’t sure because life at the time was very ‘up and down.’  His father was busy, coming and going, and he also suffers from depression.  When we saw a child psychiatrist, they said his symptoms might be due to an unstable home situation or ADHD.”

The couple was told to wait six months to see if any changes had occurred in Brandon’s behavior.  When they returned to the office, things had, in fact, stabilized to some extent.  However, a year later Brandon was prescribed medication for ADHD (attention deficit hyperactivity disorder), the medication reportedly made his symptoms worse.

“We’re now dealing with a lot of nightmares and bedwetting.  He also doesn’t have control of his anger, which is my biggest concern,” Mrs. Forrester says.

Brandon has had other worrying symptoms such as playing with the family’s new dog too rough, and a fascination with fire.  “He seems to have a lot of frustration from somewhere.”

Brandon’s sister, ten-year-old Miriam, also receives unwanted aggression.  “He puts pressure on her.  He loves her, but at the same time I think he has a lack of empathy.  He doesn’t think what he’s doing can hurt somebody.”

Conduct disorder, according to the ICD-10 (International Classification of Diseases) is described as a “disorder characterized by a repetitive and persistent pattern of dissocial, aggressive, or defiant conduct.  Such behaviour should amount to major violations of age-appropriate social expectations; it should therefore be more severe than ordinary childish mischief or adolescent rebelliousness and should imply an enduring pattern of behaviour (six months or longer).”  The ICD-10 goes on to list the four main patterns of behavior that are of diagnostic value:  Aggression to people and/or animals, destruction of property, deceitfulness or theft, and serious violations of rules.

The sub-types of this disorder, childhood onset and adolescent onset, divide the onset of these behaviours at the age of ten.  Studies have shown that in about forty percent of cases, childhood onset conduct disorder develops into antisocial personality disorder, commonly known as psychopathy or sociopathy.

Psychiatrist John Marshall McDonald reported three early signs of sociopathic behaviour in his 1963 paper, The Threat to Kill.  What has now been deemed the McDonald Triad is made up of enuresis (persistent bedwetting after the age of five), cruelty to animals, and pyromania.

Research has confirmed cruelty to animals and pyromania, but not enuresis, as associated with antisocial personality disorder.  However, enuresis may be related to the other two behaviours as it can be humiliating.  Fire-setting or cruelty to animals may be an outlet for the child’s frustration.

It should be noted that conduct disorder is similar to other psychiatric conditions, insofar as it has symptoms that overlap with various other disorders.  In the case of conduct disorder, symptoms overlap with attention deficit hyperactivity disorder (ADHD), oppositional defiant disorder, mood disorder (e.g., major depression, bipolar disorder), substance abuse, and intermittent explosive disorder.  Diagnosing any psychiatric disorder can be complicated, as is the case when diagnosing children with aggressive acting-out behaviors.

“We’re trying to get an appointment with another child psychiatrist to see if we can diagnose him properly,” Mrs. Forrester explains.  But that’s easier said than done.

Brandon saw his first psychiatrist when he had a breakdown in school and was rushed to the nearest emergency room.  Seeing a specialist or any professional for that matter, without immediate crisis is a long and strenuous process.  The main concern for the Forresters, and many parents with children who have problematic behavior, is booking appointments with specialists, pediatricians, and psychiatrists months ahead only to experience a litany of issues and symptoms that fade in urgency by the time the professional and family come face to face.

For the Forresters, the problem has affected the whole family; it has been a trying time for Brandon’s sister.  And although they are struggling to get a diagnosis, they simply do what they can in the meantime.

“We’ll try every possible way to get support and help.  From school and organizations or any other places that can help him.  If medication is needed, if counseling is needed, we’ll try whatever we can.”

They have asked their friends for referrals, which helped them find a different psychiatrist.  The Forresters have also sought help from kidsLINK, a local organization that helps children cope with stress, and to become less vulnerable to trauma.  They have been working with Brandon on a weekly basis, helping him better regulate and express his emotions, and teaching the parents better ways of dealing with their child’s behaviour.

“We haven’t seen much improvement yet, but we’re using the tips they gave us” sighs Mrs. Forrester.

She summarizes her sense of where Brandon and their family are headed, “If the problems aren’t solved right now, more problems will arise in the future…well I’m just concerned.”

Conduct disorder is a risk factor for later antisocial and criminal behavior.   Although traversing the mental healthcare system can be complicated and frustrating, seeking and receiving help for a child’s behavioral problems is as important as finding help when a child is medically ill.

If you would like more information and news on conduct disorder please visit http://www.conductdisorders.com/

Help can be provided by the active online community on their forums here.

If you are concerned that your child may be showing signs of conduct disorder, please see your family doctor.