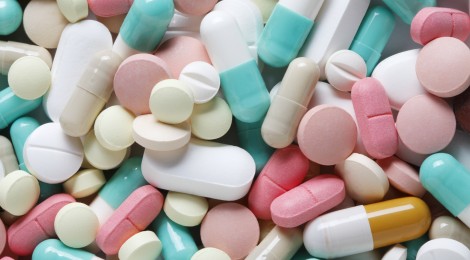 Are Drug Treatments for Depression Causing More Harm than Good?

The pharmaceutical industry grosses over $300 billion a year in psychotropic medication sales.  Included in this figure are prescriptions for those suffering from depression and anxiety.

But recent evidence has surfaced that questions not only how effective drug treatments really are for people with depression, but also whether the same medications may be exacerbating the very problems they were designed to fix.

Anti-depressants, are commonly prescribed by family doctors, practitioners with limited training in psychiatry.  Medications are often provided as a singular, long-term treatment for depression, with little or no attention paid to environmental factors or to the patient’s unique background.  A prior history of intra-familial abuse, psychological trauma, or domestic violence which so often leads to depression and anxiety in adulthood is not effectively treated with medication alone.

Over-medication of mental health problems such as depression may be, in part, a result of aggressive marketing.  Recently, the National Alliance on Mental Health in San Diego produced a brochure that stated, “As a diabetic takes insulin, most people with serious mental illness need medication to help control symptoms.”  This is only one of many ad campaigns that perpetuate the “chemical imbalance” theory as the sole or primary cause of mental illness such as depression.

However, research conducted by scientists around the world including a study in 1984 by the National Institute of Mental Health (NIMH) have yet to find any compelling evidence that individuals suffering from depression actually have a chemical imbalance or lower levels of serotonin (a neurotransmitter), than people with a more typical psychological state.

And yet people suffering from depression are commonly treated with medications that boost serotonin levels in the brain.  In 2005, Irish psychiatrist, David Healy wrote that, “The serotonin theory of depression is comparable to the masturbatory theory of insanity.”

Instead of overall improvement in day-to-day functioning, medicated patients often show only a short-term reduction in some of the more acute symptoms at the expense of often intense side effects such as weight gain, fatigue and tremors.  Some argue that psychiatric medications may be causing permanent damage to the brain, turning an episodic disorder into a chronic one.  In his book, Anatomy of an Epidemic, writer Robert Whitaker presents evidence that patients treated with medication could actually be far worse off than those who are never medicated.

Whitaker presents research showing that patients with depression who have not taken an anti-depressant often experience a greater reduction in symptoms, more improvement in functioning and are less likely to relapse then their medicated counterparts.  In one specific example, Dutch scientists did a retrospective study of 222 patients with depression that examined their symptoms over a ten-year period.  They reported that 76% who had never been medicated, recovered and did not relapse, in comparison to only 50% who had taken anti-depressants.

Another study Whitaker described from the British Journal of Psychiatry found that patients diagnosed with depression who took an anti-depressant were twice as likely to go on long-term disability than those who remained un-medicated.

Evidence also supports the idea that risk of relapse increases with the length of time that the patient is on the anti-depressant.  Psychiatrist Giovanni Fava from the University of Bologna has summarized statistics around relapse, stating that the use of anti-depressants seems to “worsen the progression of the disease long-term, by increasing the biochemical vulnerability to depression.”

Indeed, Fava argues that “within the field of psychopharmacology, practitioners have been cautious, if not fearful, of opening a debate on whether the treatment is more damaging [than helpful]… I wonder if the time has come for debating and initiating research into the likelihood that psychotropic drugs actually worsen, at least in some cases, the progression of the illness which they are supposed to treat.”

With medications readily available to treat mental health issues, fewer people are pursuing other interventions as an alternative.  One study from the Archives of General Psychiatry reported that in recent years the number of people with depression participating in psychotherapy has dropped from about 31.5% to 20%.

This is a serious issue as numerous studies have found that participation in psychotherapy yields the best outcomes for people with depression, not only in symptom reduction, but also in improving overall functioning.

← Worrying Yourself Sick: A Personal Account
Lean on Me: Healing Domestic Abuse through Group Therapies →