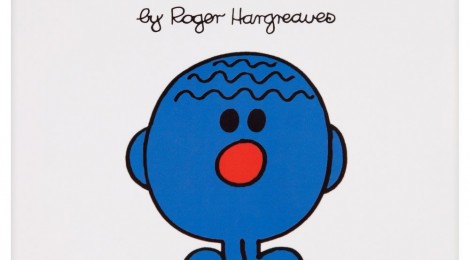 Complaints, anxieties, and worries often make up a large part of day to day conversation, but worries can consume so much of one’s thoughts that they cross into the domain of severe stress and anxiety.

Anxiety disorders affect approximately one in every ten people, and are most prevalent in women.  Their effects can be pervasive and severe, both physically and psychologically.  Symptoms include nausea, shortness of breath, tightness in the chest, trembling, and dizziness.  Left unchecked, stress can have serious negative consequences on health and well-being.

Unfortunately, this is precisely what happened to my mother six years ago.   Her number one worry in life has always been the well-being, growth, and success of her three children.  In 2005, she had many harsh conversations with me, an adolescent at the time, and with her son who was then graduating from high school without a clear plan for the future.  For someone who thrived on her children’s success this was a tumultuous year, and the day before her birthday, she collapsed.  At the hospital, doctors found that she had a stomach ulcer and that the stomach lining had bled so seriously she had passed out.  It was diagnosed as a stress-related ulcer.

Ulcers are considered one way the body is physically affected by long periods of stress and anxiety.   Isaac Rubin of Harvard found that if stress persists for long periods of time the sympathetic nervous system stops being as active and epinephrine secretion decreases, leading to substantial periods of depression.

Those experiencing high stress on a daily basis are at greater risk for stroke later in life and have a greater likelihood of developing heart disease.  Those suffering from substantial anxiety may also be at greater risk for chronic respiratory or gastrointestinal disorders, such as irritable bowel syndrome.  The problems that develop from stress can be more serious than one might imagine initially.

After the incident, my mother was told that if she did not learn to manage her stress and anxiety, then it was likely she would develop another ulcer, making stomach cancer a possibility down the road.  She was put on medication to help control the acidity levels in her stomach and she also began seeing a counsellor to understand what was causing her anxiety, and to educate herself on methods to reduce her stress to acceptable levels.  We were lucky that my mother was able to receive early intervention for the symptoms her stress had caused.

My mother began to see a family therapist, at first with my father (as her support).  After some time she started going by herself, finally I went for a few sessions with her.  The therapist helped her with the process of understanding better the sources of her stress, and helped her realize that she had the tendency to catastrophize situations and issues in her life, that is, to imagine and believe the worst possible outcome was the most likely.  This tendency had become second nature to her, but it was a rather maladaptive way of seeing the world, and she needed to identify what was happening when these thoughts occurred so that she could learn to manage them better, before they would take a physical toll on her body again.

Clinicians in the field point to a number of helpful methods for stress reduction in addition to psychotherapy and medication.  One such approach is mindfulness-based intervention, which refers to the awareness that emerges through paying attention, in a nonjudgmental way, to the unfolding of experience moment by moment.  Mindfulness originated as an adaptation of Buddhist meditation.

Psychologist Tom Borkovec of Penn State University said of the technique that it is a focus on the process and intrinsic qualities of an activity that reduces the likelihood of anxiety and depression. Therefore it decreases their negative impact on performance, increases pleasure and joy during the process, and thus increases the likelihood of achieving the extrinsic outcome.  Mindful-based techniques suggest that you live in your direct environment and live each moment fully and wholeheartedly.

It is helpful when practicing self-meditation to remember the acronym R.A.I.N.  R: Recognize when a strong emotion is present.  A: Acknowledge that your emotions are real.  I: Bring inquiry and self-investigation to the body, feelings, and mind.  And, N: Non-identify with what is there.  What this means is that you un-identify yourself with your emotions, they are something that you may feel in the passing moment but they do not define who you are.

It is also important to pause between daily activities to ask yourself what you are thinking about, how you are feeling, and to re-focus your breathing.

Check out other methods for relaxation and stress relief here.

← Never Before Have I Loved So Much: Review of Tosca
Are Drug Treatments for Depression Causing More Harm than Good? →