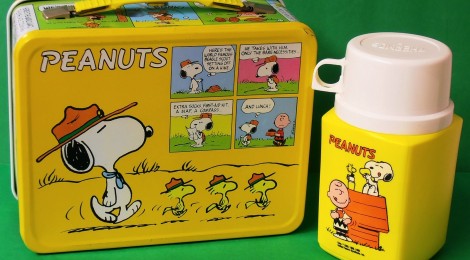 Battle of Wills: Who Controls Mealtime?

More than sixty years ago, psychiatrist John Bowlby stated that parent-child attachment can be understood within an evolutionary context, in that it is adaptive and increases an infant’s chance of survival.

At a basic level, one way in which attachment is developed is though the provision of food.  Infants quickly learn that the person feeding them, most often the mother, satiates their needs and is a source of comfort.

Although the framework of attachment becomes more complex as the child develops and becomes more aware of the surroundings, early feeding difficulties can lead to persistent attachment problems between parent and child into childhood and beyond.  According to Bowbly, there are different patterns of attachment that develop.

Secure attachment leads to the ability to trust and have positive relationships as an adult, and is developed between the parent and child when the parent responds appropriately and consistently to the child’s needs.  The child in turn learns that the parent is a reliable “secure base,” and feels comfortable exploring the environment.

Insecure attachment occurs when a parent inconsistently or rarely responds to their child’s needs.  The child is then unable to use the parent as a secure base because they are unsure if the parent will take care of their needs on a consistent basis.

Since feeding is a time when a parent is fulfilling a child’s basic needs, mealtime interactions can have a strong impact on attachment.  If mealtime interactions are negative they can cause children to have behaviour problems, create poor relationships, or become a source of conflict.  In contrast, if the parent provides nourishment in a consistent, warm and inviting manner the child learns that the parent is a source of both sustenance and comfort, leading to the development of an enduring bond with the feeder.

Positive feeding interactions lead to secure attachment as parents invite praise and reinforce feelings of self-mastery while promoting independent feeding behaviors in the child.  Something as simple as allowing the child to decide when they are done with the meal versus forcing them to finish their meal can have long-lasting effects on attachment.

Unfortunately, not all parent-child dynamics are ideal and some are based around anxiety and insecure attachment.  Difficulties often arise when the parent assumes an authoritarian role, leaving the child little room for choice or exploration, for example, adopting an extremely rigid meal schedule.  The child may retaliate by refusing to eat or may not develop a sense of understanding their own hunger and fullness cues, as the parent decides these for them.

As anxiety builds with a child’s refusal to eat, the battle for control during mealtimes is exacerbated and looms over the parent-child relationship.  Professor Irene Chatoor, at the Department of Psychiatry, Children’s National Medical Center in Washington, D.C., believes that parental pressures to eat actually increase a child’s resistance to do so.  Coercive feeding methods can negatively affect a child and can also lead to the child misinterpreting their own needs.

In addition to contributing to insecure attachment and future relationship problems, poor feeding can also have long-term effects on eating patterns, such as on the development of obesity.  They never quite learn to understand their own hunger and fullness cues as their parents interpret these cues for them.  In contrast, the child may restrict food as a teenager, attempting to exert control over mealtimes, which can develop into anorexia or bulimia later in life.

Changing the negative mealtime atmosphere to a more positive experience can be challenging for both parent and child, though several methods are available.  Baby Led Weaning (BLW) is one approach that is based on attachment theory.  Gill Rapley, a public health nurse and postgraduate research student at Canterbury Christ Church University in England, developed the method to help parents empower their children to self-feed.

Children are presented with age-appropriate foods and are encouraged to explore and feed themselves. Some research has shown it to be effective in promoting healthy food preferences in early childhood, which may also be protective against developing obesity.

There are a number of strategies available to parents to help alleviate some of the stress centered around mealtimes.  Pediatrician Daniel Flanders, at the outpatient nutrition clinic at North York General Hospital in Canada, suggests that parents not force their child to eat and should offer smaller portions.  Parents should make mealtimes pleasant through encouragement and exploration of food; try to say positive things during mealtimes, offer favorite foods once a day and finally, trust that their child will eat the right amount by themselves.

Although mealtimes can be a stressful, they can also be a good opportunity for the parent to bond with the child.  In 1951, Bowlby wrote “the infant and young child should experience a warm, intimate, and continuous relationship with his mother (or permanent mother substitute) in which both find satisfaction and enjoyment.”

The positive, trusting relationship between parent and child should carry over to mealtimes, for the benefit of the child’s development.

← Self Harm: Know the Signs, Help a Friend
One Addict’s Experience with Trauma: Addiction and the 12 Steps →