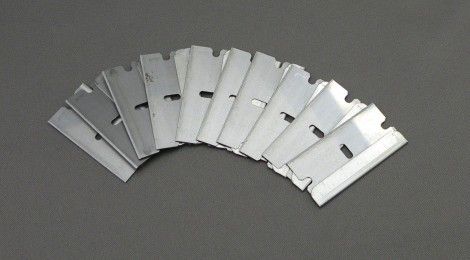 Self Harm: Know the Signs, Help a Friend

When a close friend comes to you with a problem, you can only hope you are able to support them and help.  Unfortunately, lack of knowledge, lack of resources, or even one’s own personal discomforts do not always make this possible.

I am all too aware of this.  An uncomfortable memory from my adolescence stems from a time a friend of mine had the courage to confide in me about a serious problem, but I was unable to do anything because of my own discomfort and ignorance.

For a time, my friend had been engaging in cutting her wrists, a behaviour referred to as deliberate self-harm.  Cutting is the most common manifestation of this problem, however it can  appear also as burning, pulling hair out, and other forms of self-inflicted injury.  I didn’t know what to do because I never understood why she was doing it, or what form of help she needed.

Did she even want help?  I didn‘t know then, and I still regret not trying harder to understand.

What bothered me most was hearing others say that my friend was a “cutter” because she wanted attention.  They trivialised her serious problem.  The thought of dragging a razor across my skin made my stomach churn and it seemed rather preposterous to believe she would do this just to get attention.  Yet, there was nothing I could say.  And what did I know about the issue?  Nothing.  Sadly, this is exactly why so many are unable to help loved ones dealing with self harm.

The Canadian Mental Health Association (CMHA) describes self-harm as a response to a diverse range of personal problems.  An individual might self harm because they feel unbearable tension, depression, loneliness, or rage.  They may be experiencing an entire lack of feeling, a complete numbness.

People who self-harm say the behaviour does relieve them of psychological pain, but only briefly.  They describe the behaviour as making them feel pain on the outside rather than on the inside.  Deliberate self-harm does not necessarily indicate suicidal intent.  Rather, it is often a way of regulating emotions that the person can no longer deal with internally.

Self harm is rarely a problem that occurs in isolation.  It is an outward manifestation of internal distress, a tool that the person has learned to manage otherwise unmanageable emotions.  Psychiatrist Armando R. Favazza at the University Missouri Medical Center, believes this explains why forty percent of those who self-harm also have an eating disorder, or why half report a history of childhood sexual abuse.

Those who self-harm say that growing up they were discouraged from expressing their feelings, especially anger or sadness.  Psychologist David Klonsky, a professor at the University of British Columbia in Canada views trapped emotions as paving the way for self-harming behaviours; behaviours that are paradoxically used to manage internal feelings of pain.

Self-injurious behaviour is hard to detect because it is done secretly and on body parts that are relatively easy to hide.  Researchers at Cornell University’s program on self-injurious behaviour suggest several signs that may indicate self-injurious behaviour:  One is unexplained burns or clusters of scars or cuts.  Common areas are the wrists, fists, and forearms but virtually any area of the body is possible. Those carrying out this behaviour may dress inappropriately for the season, such as wearing long sleeves when the weather is very hot.  Also, heavy use of wrist-bands, coverings, or bandages is another sign.  Finally, heightened signs of depression or anxiety are often indicators of other possible problems such as self-harm.

If you believe that someone you love is deliberately self-harming, the first thing that you can do is talk to them about it.  It is important to remember to be non-judgmental and refrain from acting as though their behaviour is impossible to understand.

For those looking for a greater in-depth look at what self-injurious behaviour is and more preventative measures and interventions, please visit:  http://www.crpsib.com/whatissi.asp

Take a look at the picture “Battles won and lost” on the Trauma and Attachment Report’s Arts and Culture Images page to read the story of a girl who once self-harmed.  Share a time when you wish you had spoken up or a moment where you decided to help someone suffering from psychological pain (comments section).

← Re-thinking the Tiger Mother: Protecting Our Kids from Failure
Battle of Wills: Who Controls Mealtime? →