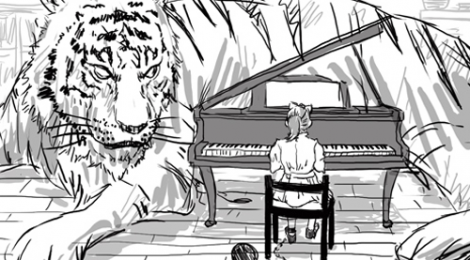 Re-thinking the Tiger Mother: Protecting Our Kids from Failure

For those of you who haven’t come across her already, meet Amy Chua; mother of two, professor of law at Yale, an author of serious academic books.  She is, she claims, the mother of all Chinese mothers.

Claiming that she owes her success to her parents, their “strict traditional Chinese parenting style,” Chua considers it imperative to give her children the same upbringing.  And so, growing up, her children were not allowed to have sleepovers, watch TV, have play dates, or be second-place in any subject but gym and drama.

On NBC, she declared that her parenting is “about helping [her] children to be the best that [they] can be.”  Never mind that it involved calling her seven-year-old daughter, Lulu, “lazy, cowardly, self-indulgent and pathetic,” when she refused to practice piano.  She also threatened to burn Lulu’s toys when she couldn’t master the piece.

Does that sound paradoxical?  Sure.  Frightening?  Absolutely.  And is she really doing all this for her children’s benefit?  It’s debatable.  Chua, like many parents, is terrified at the prospect of her children failing.

In her attempts to defend “Chinese parenting,” Chua sabotages her own claims.  There are the obvious strikes against her:  the cruelty of Chua’s methods, including using “threats, blackmail, and extortion” (throwing her three-year-old out into the cold for misbehaviour has been widely condemned by parents and the mainstream media; Psychology Today’s Peter Gray dubs her a “circus trainer, not a tiger mother”), and the fact that she was emotionally oblivious to her daughters; she “hadn’t even known [her daughter Sophia] was miserable at thirteen.”

It is clear that Chua wants her children to be successful, that she believes everything she does is for their benefit.  However, it is precisely this wish, taken to its absurd conclusion -protect your children from failing at all costs- that gets Chua into trouble.

Seen through this lens, the reader is left actually feeling sorry for Chua at least as much as for her daughters.

According to Chua, “nothing is fun until you’re good at it” and “most people stink at the things they love.”  She is convinced that her daughters will love their instruments once they get good at them, once they receive “praise, admiration, and satisfaction.”  Love of music is seen as secondary to the love of praise and accomplishment.  After learning that her dog didn’t top the “10 Brightest Dogs” list, she felt “nauseated” and researched furiously until she found evidence that her dog wasn’t stupid.

With life cast as one big competition, when she, her children (and dogs!) do not come out on top, they have somehow failed.  Chua admits that “the Chinese parenting approach is weakest when it comes to failure; it just doesn’t tolerate that possibility.”

Despite her undeniable success (she is a Harvard grad, a Yale professor married to a Yale professor, and has prodigies for progeny), Chua says that she is “not good at enjoying life.”  If Chua’s “Chinese parenting” is a painful means to an end, an end that brings little life satisfaction, then the reader is left scratching her head wondering:  What was the point of it all?

The effects of “Chinese parenting,” are rather startling.  Critics often point to the alarmingly high rates of suicide amongst Asian-American women between 15 and 24, the highest suicide rate among all women in that age group.  Elizabeth Noh, an assistant professor of Asian-American studies at California State University, has linked the push to achieve, “model minority” pressure, to the high rate of suicide amongst young Asian-American women.  Studies from the Journal of Behaviour Therapy and Experimental Psychiatry, conducted at the University of Ohio, have shown that parental rejection, anxious rearing, and over-involved parenting result in anxiety symptoms in children.

At the end of Battle Hymn, Chua has grown some.  She’s come to realize that she had to give in to her daughter Lulu’s desire to play tennis, that “every individual has to find their own way,” and that a hybrid between what she calls soft “Western” parenting and harsh “Chinese” parenting is needed in raising children.

Let’s hope that she figures out how to get “good at enjoying life,” sometime too.  Hint:  We can’t all be the best at everything we do.

← Lean on Me: Healing Domestic Abuse through Group Therapies
Self Harm: Know the Signs, Help a Friend →