Do you want weekly updates about our content? Subscribe here:
Browse: Home   /   2012   /   July   /   Fighting Fire with Fire: The Truth about Violent Campaigns 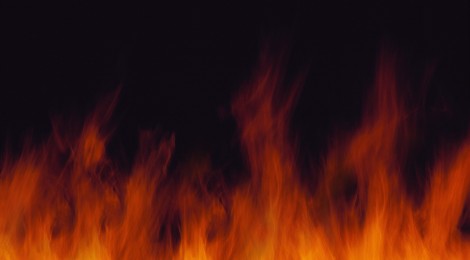 Fighting Fire with Fire: The Truth about Violent Campaigns

In 1982, over a span of three short weeks, a violent campaign in Syria claimed over 20,000 lives.  Since then, similar death tolls have been reported from wars in Afghanistan and Libya.  Survivors of such uprisings have been left living with irreversible emotional scars and post traumatic stress, and the people still continue to struggle for peace.

The commonly held view by many is that violent campaigns are necessary in order to achieve political goals such as overthrowing a dictator, establishing a democracy or pushing out an invading army.  This viewpoint is supported by scholars such as Robert Pape, an American political scientist, who suggested that the more violent the campaign, the more effective it will be.

But the facts indicate otherwise.  In an evaluation of campaigns between 1900 and 2006, statistics show that those using non-violent tactics such as protest and work refusal are twice as likely to achieve complete or partial success toward the end goal than those relying on violent tactics.  And, the deaths that occur as a result of civil resistance usually remain in the hundreds not the tens of thousands.

Erica Chenoweth, Assistant Professor of Government at Wesleyan University and director of Wesleyan’s Program on Terrorism and Insurgency considers violent campaigns to be doomed from the start.  She has found that the success of any insurgency is highly dependent on the number of participants.  With participation from 2.5% to 5% of the population, there is a 50% chance of success.  This number increases to 100% when 7.5% to 10% of the population participates.

This level of success however is almost impossible to reach with violent campaigns. The high physical requirements, levels of secrecy and need for early commitment are all factors that reduce the number of civilians who will participate in a violent campaign and its potential success.  In contrast, civil resistance campaigns are highly visible, have low barriers to entry and allow for higher rates of participation.

Even if a violent campaign can recruit the number of people it needs,  the group will be made up of many who may not be ready to carry out the violence necessary to achieve success.  David Grossman, author of “On Killing,” notes that in battle, a small percentage of those involved do most of the killing.  Grossman states that these individuals are either unusually brave national heroes or psychopaths.  Although special training tactics have been designed to improve killing abilities of soldiers, there has been little success.

Chenoweth states that repressive dictators or armies are more likely to have their plans backfire when faced with a non-violent campaign due to an increased level of outrage from outsiders.  There is a level of indignation that occurs when unarmed individuals are harmed or killed, indignation that is diminished when the victim also uses violence.

Also, the range of tactics that can be employed in a peaceful protest, as opposed to a violent one, increases its success.  In any battle there are two basic strategies:  attack and retreat.  Non-violent campaigns can attack by methods of concentration or protest involving blocking space with large groups of people.  Retreat tactics are relatively ineffective for violent campaigns, hindering their potential success.  Civil protests, however, can use retreat tactics such as non-cooperation.

The effectiveness of this seemingly simple tactic was seen in the 100 Days Revolution that took place in Iran in 1978 and 1979.  After approximately 90 days of “attack” through protests and marches, the resistance group gained the support of the oil workers who refused to go to work.  Eventually forced back to work by armed officers, they worked at half pace.  This continued for just over a week at which point, the security forces employed by the government realized that without oil production, they likely would not get paid.  They quit, and the dictatorship fell.

Even when successful, violent campaigns come at a great cost.  In addition to lost lives, they affect the country’s political stability for years.  Chenoweth notes that following a successful violent revolution there is a 43% chance that there will be a re-occurrence of a civil war, a number that drops to 28% following a non-violent campaign.

Civil resistance is more likely to lead to the establishment of democracy, and, therefore ending the violent cycle of rising and falling dictatorships.  This is mostly because they peacefully gained the voluntary support of the population along the way.   Violent rebellions tend to attract less support and often yield leadership similar to that of its predecessors.