Do you want weekly updates about our content? Subscribe here:
Browse: Home   /   2012   /   October   /   Obesity: An Insidious Effect of Childhood Trauma 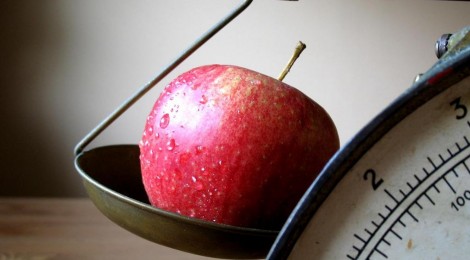 For those who don’t struggle with their weight, obesity can be a bit of mystery.  After all, it seems simple right?  Eat fewer calories than you burn; increase your physical activity and you’ll lose weight.  What could be so difficult about that?

But the issue can be very complex.  There are, in fact, several different levels of obesity.  Weight levels are categorized by body mass index (BMI) or the ratio of weight in kilograms to height in meters (kg/m2).  A BMI over 25 is considered overweight.  Obesity is characterized by a BMI over 30 and an individual is morbidly obese if they have a BMI over 40.  The classification system is important as different health risks occur under different classes, and treatment may also vary.

The reality is that regardless of how overweight you are, any excess weight carries health implications, and despite these implications people still face major barriers when trying to trim the fat.  With many environmental and biological factors playing a role in this problem even the most astute and highly specialized psychologists and physicians are having a hard time treating it.  The inability to change seems to arise from a complex dynamic of various psychosocial factors.  Stress, social pressure, access to different foods and family history may all have an impact on eating and exercise habits.

A factor often overlooked is childhood stress and abuse.  Because obesity is viewed as a medical problem, underlying causes can easily remain hidden.  And physicians often don’t ask about issues such as childhood abuse history.

Vincent Felitti, a professor of medicine at UCSD and founder of Kaiser Permanente’s Department of Preventative Medicine found that in one sample of 286 obese people, 50% reported being sexually abused as a child.  And he is not alone in reporting such findings.

A team of researchers, lead by Alberto D’Argenio from the University of Rome compared weight levels and trauma history in 200 subjects and found that the level of exposure to traumatic or unusually stressful events prior to age 15 was correlated with obesity later in life.  And, Victor Carrion, a child psychiatrist at Stanford University found that children exposed to four or more types of trauma were 30 times more likely to have higher rates of mental health problems and obesity.

So how is childhood trauma thought to affect obesity later in life?  One culprit may be comfort food and the way it can seem to temporarily take pain away.  Even those without a history of trauma often report being emotional eaters, and eating to relieve stress.  This mechanism is often amplified in those with trauma.

There are also those who argue that victims of sexual abuse maintain a higher weight to protect themselves from potential predators.  Many victims report that by being overweight they don’t have to worry as much about unwanted sexual advances.  In fact, Felitti found that many of his patients who successfully lost weight, ended up gaining it back, reporting that being thin made them anxious.

In addition to the psychological scars, children exposed to trauma are also left with biological side effects.  Numerous studies report that repeated stress exposure can have a significant effect on metabolism by causing our bodies to release higher levels of cortisol and therefore store fat more readily.  This means that even when food is not used as a coping mechanism, weight gain may occur.

Obesity itself comes with stigma.  Thin people are ubiquitous in popular culture.  So that in addition to dealing with a history of trauma, many struggle with the stigma that comes with obesity, and a view of such individuals as “lazy.”  Felitti was often dismissed in the 1990s, with many considering a history abuse as simply an excuse not to lose weight.

Treatment for obesity is almost as complicated as the problem itself.  For those with a history of trauma, therapy may be an important component to assist with the development of better coping mechanisms and ways to deal with painful feelings.  But obesity is a problem that usually requires more than one type of intervention.

For those who are morbidly obese (have a BMI over 40) surgery such as a gastric bypass may be required to kick start the patient’s weight loss.  Although there is a perception that going under the knife is a quick fix, this notion is misguided.  Patients undergoing any type bariatric surgery are required to have a variety of assessments, months of intense preparation and years of medical and psychosocial follow up.

For those whose obesity is less severe, treatments based on behavioural changes may be required to begin and maintain weight loss,  and psychotherapy is an important ingredient.  Still, even among those who have learned to cope better psychologically, they may be left carrying around an extra 100 pounds that will only be lost if the necessary dietary and exercise changes are made

Obesity kills over 100,000 people in the United States and over 2.5 million people worldwide every year. It is a major health epidemic that is preventable.  Understanding the disorder means taking seriously efforts to address the short and long-term effects of traumatic stress.