Do you want weekly updates about our content? Subscribe here:
Browse: Home   /   2013   /   February   /   Dissociative Identity Disorder: Drawing the Line between Fact and Fiction 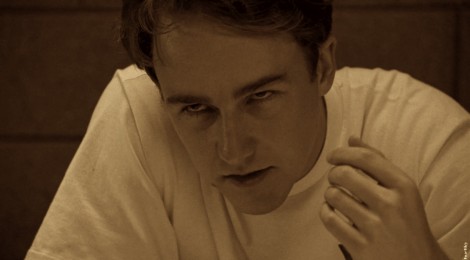 Dissociative Identity Disorder: Drawing the Line between Fact and Fiction

In the 1996 film Primal Fear, Edward Norton plays Aaron Stampler, an altar boy charged with murdering an archbishop who had sexually abused him.  Stampler is diagnosed with multiple personality disorder, and attempts to win his freedom with an insanity defense.

Psychologist Bethany Brand, a professor at Towson University, and an expert on Dissociative Identity Disorder (DID, formerly known as “multiple personality disorder”) states that in his portrayal of Stampler, Norton was one of the best “fakers” she has ever seen.

Dissociative Identity Disorder (DID) is a diagnosis that is not without controversy.  Experts in the fields of psychiatry and psychology publicly dispute whether or not the disorder even exists.

The Trauma & Mental Health Report had the opportunity to interview Dr. Brand to discuss the diagnosis and recent research findings of hers and others that are changing the way we view the disorder. Q: Can you describe Dissociative Identity Disorder (DID) and some of its symptoms?

A:  DID is what used to be called Multiple Personality Disorder.  These people may have different names for their different parts or personalities.  Some don’t know that their other parts exist.  They don’t know because of florid amnesia.  What they view as blackouts are actually times when another part of themselves has taken control of their actions and consciousness.

Q:  Given the controversy over whether DID even exists, how do you separate the fake cases from the real ones?

It can be difficult.  That’s why I contribute to research in the field.  Training in assessment of DID is important and many professionals do not get enough.  There are reliable structured clinical interviews for dissociative disorders that have been shown to distinguish between faking and true disorders.  I watch for behavioural cues while interviewing clients.  I also carefully interpret their answers to personality tests and symptom  questionnaires.

Because the DID comes from early childhood trauma, there should be some early signs of DID in the client’s record; true DID clients would have symptoms throughout their lives.

It is also important that clinicians do not suggest symptoms or a history of trauma exposure.  Particularly in forensic cases, clinicians need to be scrupulous about not being suggestive.

Q:  I understand that there has been some controversy related to the cause of DID.  Can you provide some history on where this controversy comes from?

There are two models that explain DID.  One is the fantasy model, which is also sometimes called the iatrogenic model.  Those who follow this model consider DID to exist to some extent, but think that it may be over-diagnosed.  They believe overzealous therapists reinforce patients when they display certain behaviours and encourage patients who do not have DID to begin to believe they have the disorder.  Supposedly then these patients, who they think are fantasy-prone   and are highly suggestible by nature, begin to enact having DID.

In contrast, scientists and clinicians who support the trauma model, the second of the two models, believe that trauma comes first and is an antecedent that has a causal role in DID.  It is so painful for the child to deal with the trauma that they begin to dissociate while the experience is happening.  One women I worked with described “being out under the lilac tree” while being raped. She disconnected from what was really happening so that she could better endure it.

Dissociation protects someone in the moment not only from the emotional pain but also the physical pain.  There are endogenous opioids in our brain that, under great stress, numb pain.  It is a survival mechanism.

I’ll give you an example.  Perhaps a child is often abused at night and has a biological proclivity toward dissociation.  Say she only gets attacked when her abuser has been drinking.  Over time she may start to dissociate as soon as she hears the crack of a beer can.  It is a type of conditioned emotional and physiological response.  Over time these conditioned states become increasingly developed and separate, as well as becoming  more easily triggered.  Each time it happens, the child shifts states, so that one state may be aware of the pain, fear, and trauma, while in another state, the child has only dim or no recollection of what happened and how it felt.

A lot of people mistakenly think that it’s like these clients have a different person running around inside them, but it’s a collection of conditioned neural networks that link to different memories, emotions, and behaviors.

It is important  that we are careful not to classify trauma patients as groups of liars or merely making all this up.  There is considerable research showing that this condition is real and that most memories of trauma are generally accurate. Q:  Can you describe your research and the evidence that supports that DID really does arise from exposure to trauma rather than a tendency to engage in fantasy?

A: There are several important findings that have been found consistently in research.  If the fantasy model is more accurate and trauma is fantasized, the relationship between dissociation and trauma should be strongest when self-report measures are used, and weakest when objective measures of trauma (e.g., police and school reports) are used.  However, the relationship between trauma and dissociation was actually stronger when objective measures were used to assess for trauma.

Another type of research shows that dissociation is highest right after trauma, and decreases over time for most people who have been traumatized.  This has been found in people whose trauma was so severe that they required treatment in a hospital emergency room so there can be no doubt the experience actually occurred. These patients reported their symptoms of dissociation and post traumatic stress disorder every few hours, rather than months or years later, so there is no chance that memory interfered with accurate reporting.

An additional finding in support of the trauma model is research showing that levels of dissociation reduce over time in trauma-focused treatment.  This means that trauma treatment is not making people more dissociative.  Just the opposite happens, so this finding contradicts the fantasy model.

Q:  Will these findings have any impact on legal proceedings when victims are seeking justice against their abusers?

A:  This research may be useful in court.  However, I think that my faking DID research will be more useful.  I am sure that experts will be able to cite some of it on the stand.  This line of research shows that people faking DID can be distinguished from genuine DID.

Q:  Do you think that this research will have an impact on trauma treatment and the way DID is viewed?

A:  Research does have an impact within academic circles.  But does a research article change the world?  I sure wish it did.  It is a great article for us to cite, although  many clinicians do not read much research.  Presenting it at conferences will help; however it usually takes several years for such information to start to have an impact on practice.

For more information on trauma and DID please refer to the International Society for the Study of Trauma and Dissociation.