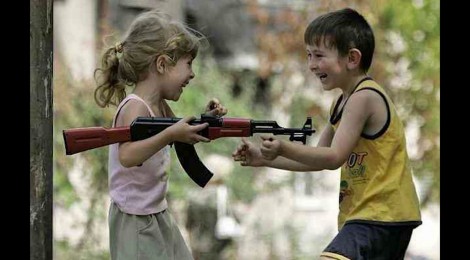 In the wake of the tragic shooting at Newtown, Connecticut, the media have renewed the focus on violence, with video games taking the spotlight.  Targeted for their influence on the behaviour of youth, there are talks of new legislation restricting the sale of the games.

Opposition to gun legislation has resulted in a search for solutions to gun violence that don’t risk treading on second amendment rights.  With reports circulating that Adam Lanza played video games, the debate about the connection between video games and violence is a focus of that search.

Proposed federal legislation involves a rating system for video games.  While there is already a voluntary rating system in place by the Entertainment Software Rating Board (ESRB), the change will make it illegal to sell video games that have not been rated.  And, the sale of a game that is been rated for adults only to a minor will result in a fine up to $5000. The evidence used by those supporting this kind of new legislation is questionable at best.

Adam Lanza, the gunman responsible for the Sandy Hook shooting, is known to have played such popular games as Call of Duty and StarCraft 2.  This case has been cited by various members of congress as evidence of the connection between violence in videogames and shootings.  Representative Diane Black (R-Tennessee) said the shooting occurred in part because “(Adam Lanza) was playing violent video games.  Unprecedented levels of violent games, music and so on.”

The logic is deeply flawed.  Approximately 65% of American households play video games and while their sales are increasing annually, violent crime in America is in steady decline.  It is exceedingly unlikely for a given videogame player to be involved in mass shootings.  Considering how prevalent video games have become, it might be stranger if Adam Lanza did not play.

Sen. Chuck Grassley (R-Iowa) argues that it is typical of mass shooters to play video games and that it directly contributes to their violent acts.  In support of legislating the rating system for videogames, he made reference to Anders Breivik, responsible for shootings in Norway, 2011. Brievik stated at his trial that he used Call of Duty as a training tool.

And State Sen. Scott Frantz (R-Greenwich, New Canaan, and Stamford) noted in his testimony over proposed legislation in Connecticut in December 2012, that both shooters at the Columbine high school massacre in 1999 reportedly  played first person games such as Wolfenstein and Duke Nuke’em.  He went on to suggest that other mass shooters have histories of playing violent video games, and that he believed there was some connection.

But research points otherwise.  Chris Ferguson, department chair of psychology and communication at Texas A&M International University, testified in Connecticut as well.  Citing research he concluded, “Video game use is just not a common factor among mass homicide perpetrators.”  Basing his testimony on his own research, as well as reviews of the research by others (including the U.S. Supreme Court), he concluded that the small literature that connects video games to violence is riddled with contradictions and errors.

So too, Bernice Pescosolido, professor of sociology at Indiana University, says research supports that social isolation, not video games, is the common factor, and that it is “more deadly than smoking in terms of mortality.”

But facts that get in the way of ideology tend to be dismissed.  Joe Liebermann, recently retired from the Senate, stated in December 2012 while still in his position, “The violence in the entertainment culture –particularly, with the extraordinary realism to video games, movies now, et cetera– does cause vulnerable young men to be more violent.” NRA rhetoric aside, is there reason to think that violent video games have harmful consequences?  Yes, to some extent.  Brad Bushman, professor of communication and psychology at Ohio State University studies violent video games.  His work shows support for the argument that violent video games lead to aggression.  In his research he showed that “college students who played video games for 20 minutes at a time for three consecutive days showed increasingly higher levels of aggressive behaviour each day they played”.

However there is a difference between aggressive behaviour as defined in a scientific study and the violent behaviour of Adam Lanza. Aggressive behaviour is often measured using indirect methods (such as how much hot sauce we might give to someone), but never acts of violence (such as shooting someone).

In the absence of hard evidence, it is dangerous to give in to moral panic and grasp for quick answers.  The issue stops being whether or not video games are connected to violent behaviour and becomes the concern that mental health questions are being addressed at the political level without evidence.  Critical decisions demand critical thinking; sensible legislation requires accurate information.