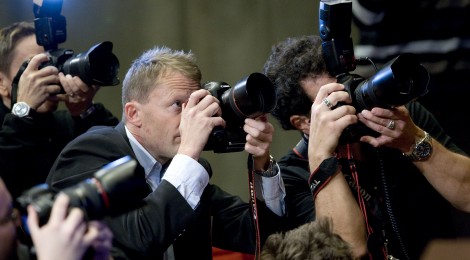 For Families Touched by Homicide, the Media Prolong Pain

On January 1st, 2008, fourteen year old Stefanie Rengel was murdered a few meters outside of her Toronto home.

After receiving a mysterious phone call from someone she believed may have been a friend, Stefanie put on her shoes, told her younger brother that she would be right back, and ran out the door.  She never returned.

Leading a normal life one day, and suddenly being thrust into the inevitable bureaucracy that follows a murder is excruciating for families affected by homicide.

The Trauma & Mental Health Report had the chance to speak with Stefanie’s mother, police officer Patricia Hung, who discusses how media involvement and court proceedings sometimes prolonged the healing after her teenage daughter’s murder.  She also commented on support available for bereaved parents.

Patricia: Trying to get justice for Stefanie, in some ways… it kept her alive.  It gave us something to focus on.  I don’t know if that prolonged the grieving, but it certainly spread it out.  When a child dies in a car accident, and there are no reporters or trial, you have no choice but to deal with it all right then.  For us, we dealt with it a little at a time. For families affected by homicide, the grief is drawn out.  The media, bail hearings, preliminary trials, adjournments, mental health assessments, impact statements, perhaps a trial and hopefully a sentencing, all act as constant reminders of the tragedy.  Prolonged investigations and legal processes have these families re-living the trauma of what happened to their loved ones.

Patricia:  The day after Stefanie died the reporters were there –it was terrible– it felt like an attack, when all we wanted was privacy.  They would come to our door at all hours of the day and night.  They would go to my children’s schools and would piece together a false relationship between Stefanie and her killer.

Following a high profile murder case, reporters can unwittingly create chaos for families.  The constant questioning, often well intentioned, can turn into intrusive and harmful reminders of the trauma.

Patricia:  In the beginning, the press is really friendly to you because they want the gory details and all the juicy information.  If you say one wrong word, they can turn on you [for a story].  The last thing grieving families need is to feel tried in the newspapers.

Unfortunately, most bereaved parents aren’t sure what it is they need right after their child’s death.  They often feel as though no stranger is going to be able to help them and are unaware of how important it is to reach out for help.

Victim Crisis Assistance and Referral Services (VCARS) is a Canadian charitable service, with 48 sites in Ontario alone that provide immediate on-site assistance to victims affected by tragedy. Bereaved families can use victim services at any point during their recovery even if they initially decline assistance.  Victim services offer a variety of support programs for long term assistance and can even help families deal with the media.

Patricia:  Being a police officer and having to go through the legal system, I realized how scary it must be for other families who have absolutely no idea what to expect.  So to those families who are feeling lost and overwhelmed, know that someone from victim services can be taking notes for you at the preliminary trial, someone can guide you while preparing for your impact statement, and can sit with you during trial.

One of the great difficulties at trial for bereaved parents is informing the judge or jury on how their child’s death affected their life.  Impact statements can help determine the offender’s sentence, and parents feel the pressure; victim services help families write these. Patricia:  Testifying and giving an impact statement was very difficult.  I was trying to make sure that I wouldn’t mess it up.  You’re so worried that if you say something wrong it could screw everything up.

And adding to the heartache:

Patricia:  There are things that you don’t expect to happen that do.  When I was at court, I went to the washroom and the accused’s mother was in there.  It was just so hard.   At the time, it wasn’t me against her.  I actually felt quite sorry for her… it was a whirlwind of emotions.

Trial is very draining for families.  Not only do they hear details of the child’s death, but also the accused is just feet away.  Having external support such as VCARS ensures that bereaved families are aware of what steps they need to take and provides comfort at a time when family ties can become strained.

Once a verdict is made, bereaved families still have much to deal with.  Grieving the loss of a child never really ends.  As time passes, families fill their lives with new memories and the moments of grief become more intermittent.

But of course, as parole hearings approach, families have to face the trauma of losing their child all over again.

← Everything Is Fine
Daughter: About Abuse →