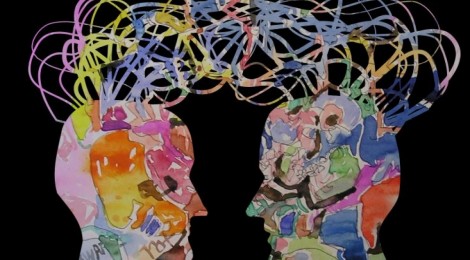 I Feel Your Pain: The Neuroscience of Empathy

“I saw you doubling over and it felt like a shot right through me.  I didn’t see any blood and there was nothing that scared me.  Just you, in your misery, and a horrible sensation…I could feel your pain.”

This was my mother’s explanation for fainting while watching the doctor treating me in the operation room.

While fainting from another person’s pain may be uncommon, it brings into view an interesting aspect of human experience:  the ability to relate to and feel the sensations of others. Empathy is understanding and experiencing emotions from the perspective of another, a partial blurring of lines between self and other.  We put ourselves in the shoes of others with the intention of understanding what they are going through, we employ empathy to make sense of their experiences.

Pain empathy takes the concept of empathy to the next level, describing physical sensations occurring to others. The concept has been portrayed in the form of sympathetic pregnancy, men reporting symptoms similar to those of their pregnant partners.

A subset of motor command neurons, mirror neurons are thought to be responsible for these sensations, firing in our brain when we perform an action, or when we observe someone else perform an action.  These neurons can make you feel like you know what the other person is feeling.  Witnessing someone getting hit by a ball, you feel a twinge of pain too.

Originally discovered in primates, mirror neurons have been used to explain how humans relate, interact, and even become attached.

Mirror neurons connect us to others.  Neuroscientist Vilayanur Ramachandran, at the University of California, has described mirror neurons as dissolvers of physical barriers between people (he even nicknamed them Gandhi neurons), explaining that it is our skin receptors that prevent us from getting confused and thinking we are actually experiencing the action.

Though not entirely responsible for empathy, mirror neurons do help us detect when another person is angry, sad or happy, and allow us to feel what the person is feeling as if we were in their place.

Ramachandran suspects that mirror neuron research will lead to understanding purported mind reading abilities, which may in fact have an organic explanation, such as a strong empathic occurrence in which one’s emotional/physical sensations are experienced by the other.

Mirror neurons are important in learning and language acquisition.  Through imitation, vicarious learning allows for the construction of culture and tradition.

When malfunctioning, mirror neurons may have a big impact.  Individuals diagnosed with autism have difficulty with empathy.  And as Ramachandran suggests, it is indeed mirror neuron dysfunction that is involved in autism.

The discovery of mirror neurons also helps us rethink other concepts, such as human evolution.  Ramachandran says that mirror neurons are what make culture and civilization possible because they are involved in imitation and emulation.  In other words, historically, to learn to do something, we have adopted another person’s point of view, and for that we’ve used mirror neurons.

Empathy allows for intimacy and closeness, and mirror neurons provide evidence that humans are biologically inclined to feel empathy for others.  More than just an abstract concept, empathy seems rooted in our neurological makeup. My mother fainted because she couldn’t endure my pain.  Perhaps my suffering triggered great anxiety that her body was unable to manage.  Or maybe she physically felt my pain.

Mirror neurons are the interface that joins science and humanities.  The connection allows us to reconsider concepts like consciousness, the self, even the emergence of culture and civilization.