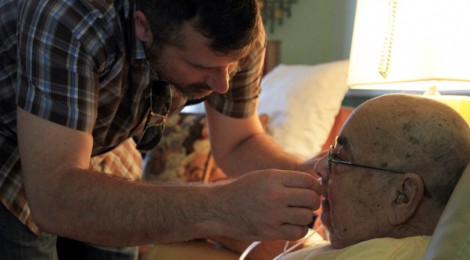 Poor Care Pushes LGBTQ Seniors Back in the Closet

Today’s seniors grew up when their LGBTQ status was considered a mental illness, a view that has largely changed.  But, as Nancy Knauer of Temple University School of Law points out, modern attitudes towards LGBTQ individuals have not shifted nearly as much as people think.

As the western baby boomers begin relying more on extensive medical care, Knauer says this aging LGBTQ population is staying silent for fear of receiving poor treatment and losing social support, resulting in many being pushed back in the closet.  This problem is seen in hospices and in homecare.

In the 2010 documentary, Gen Silent, many nursing homes reported not having any LGBTQ individuals among their seniors (which is highly unlikely).  Having grown up in hostile environments, many of these seniors are afraid to come out, without explicit support from the staff.  Yet, 50 percent of staff reported that their colleagues would be intolerant of LGBTQ individuals. Because of the extensive media attention from Gen Silent, more LGBTQ-specific nursing care facilities have been opening up in recent years.  But many seniors are still being forced into homes that are unwilling to accommodate their needs.

According to Associate Professor, Nancy McKenzie at the CUNY School of Public Health, a similar problem exists in homecare.  Many seniors rely on home-based visits from healthcare providers, which allow them to stay in the familiar atmosphere of their homes as long as possible, remaining in the company of family and friends and maintaining their independence.

Still, homecare presents barriers for LGBTQ seniors.  While the home is supposed to be a safe place – no discrimination, no homophobia – LGBTQ seniors have become isolated.  Some are estranged from their families for coming out.  Others are isolated from their neighbours and communities by not coming out.  This lack of informal support forces LGBTQ seniors to rely more heavily on professional services, which creates additional problems.

Many organizations providing homecare have constantly rotating staff with high turnover, greatly limiting continuity of care.  This is hard for all seniors, but those of LGBTQ status are repeatedly deciding whether to come out to the new healthcare worker.  Many seniors report receiving worse care after coming out, and therefore choose to stay silent about their identity, feeling imprisoned in their own homes.

This problem is even more challenging for those who have undergone gender-reassignment surgery, as they are unable to hide their LGBTQ status from healthcare providers who assist with dressing and bathing.  This may exacerbate stress and symptoms of depression, driving seniors away from care and into isolation. New resources and inclusive healthcare facilities are being created at a rapid rate, but not fast enough to accommodate the aging population.  Robert Kertzner and his team at the Columbia University College of Physicians and Surgeons say the answer lies in training all doctors and nurses to provide holistic care adapted to the circumstances of each patient.  Jaime Hovey of the University of Illinois also recommends creating legislation oriented to protecting LGBTQ seniors from discrimination and allocating additional resources to meet their needs.

But ambitious as these recommendations are, there needs to be an attitude shift among family members and the public.  Family and community support are critical to maintaining high quality of life during aging.  Without support, LGBTQ seniors will continue to suffer in silence.