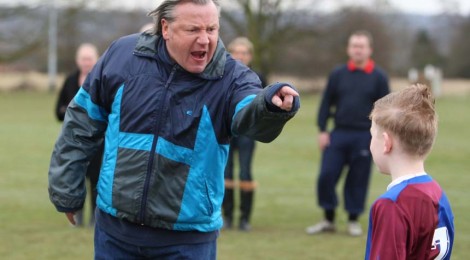 Two young Jiu Jitsu fighters battle for position, and all I hear are the parents, “Ref, you missed those last two points!” “Jeffery, you’re doing it wrong!”Jeffery gets caught in a dangerous hold, and I end the match to spare him risk of a broken arm.  Afterward the parents approach me, angry I ended it so soon.

As a Brazilian Jiu Jitsu referee, many parents appreciate my concern for the welfare of trainees, but all too often, I’m forced to address those parents who try to motivate their children through put downs.  They call them names, yell, compare them to others, and stress the importance of being number one.  The pressure has a detrimental effect on child health, and leaves them feeling distressed and deflated.

According to Frank Smoll, Professor of Psychology at the University of Washington, parents play a pivotal role in determining whether sport is a fun learning experience or a nightmare. Smoll calls it frustrated jock-syndrome for parents who attempt to re-live their own past successes.

Smoll’s research found that children respond most favourably, not to coaches and parents who punish undesirable behaviours, but to those who sincerely reinforce behaviours that are desirable. For example, instead of yelling at a child for fumbling a ball, a parent or coach should congratulate the young athlete for the assist they made earlier in the game.  This encourages the child to try their best. The money that parents spend can be a factor too.  Financial investment in sport has been associated with parental expectations. Travis Dorsche, a Utah State University professor and former football player, recently told The Wall Street Journal that “when parental sport spending goes up, it increases the likelihood that either the child will feel more pressure or the parent will exert it.”

As parents spend more on private coaching, equipment and travel expenses, the sport becomes less enjoyable for the child, and the child’s sense of personal ownership over their athletic career weakens.

Parent support is necessary for child success, but there is a fine line between supportiveness and pushiness.

Long term negative effects of overbearing sports parents are seen in two of the most successful athletes of all time, tennis player Andre Agassi, and baseball player Mickey Mantle.  In his international best seller, Open: An Autobiography, Agassi writes that he hates tennis with a “dark and secret passion” because of his overbearing father, and that when he won his first Grand Slam title, his father responded with, “You had no business losing that fourth set.”

Throughout their professional careers, both Agassi and Mantle developed problems with substance abuse. Agassi turned to methamphetamine because it “swept away every negative thought in [his] head.”  Mantle, who had also been under intense pressure from his father, struggled with alcoholism and contemplated suicide.

According to Northern Illinois’ department of education, pressuring children too much in athletics can result in low self-esteem. These children are also at risk for physical injury, often pushed to perform regardless of pain complaints; they return to the field before fully healing.

For parents with children who play sports, about.com suggests encouraging your child to play the sport he or she enjoys, and supporting your child’s desire not to play a particular sport. Paediatrician and youth sports medicine specialist, Paul Stricker, argues that emphasis should be placed on a child’s effort.  Additionally, this should be modeled by parents and coaches, so children can learn the positivity of competition and effort, regardless of winning or losing.

As a coach and referee, safety is imperative.  Standing by my decisions and explaining that I’m not willing to risk safety may help some parents realize that there are things more important than being number one.