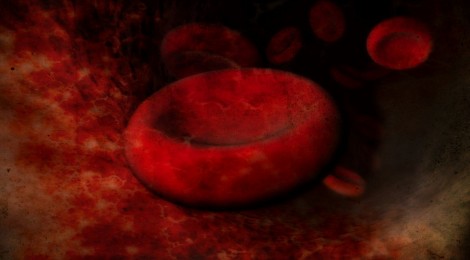 A Blood Test to Diagnose Depression?

Researchers at the Feinberg School of Medicine at Northwestern believe it may be possible to diagnose depression using a blood test. According to Eva Redei, a professor of psychiatry at the university, previous studies with lab animals have identified 26 markers in the blood (called biomarkers) that are associated with depression.

With human subjects, Redei identified nine biomarkers that differed between depressed and non-depressed individuals. The biomarkers signify a difference in gene expression associated with depression and allowed Redei to identify all those suffering from Major Depressive Disorder (MDD) in a sample of 66 adults.

Further, Redei was able to use biomarkers to identify adults with MDD who benefited from Cognitive Behavioural Therapy (CBT).  When depression symptoms were improving, some of the original biomarkers that helped to identify depressed individuals disappeared in blood samples.

If replicable, these findings would have major implications for the future of mental health diagnosis. Patients sometimes seek the attention of a primary care physician when they have concerns about depression. Unfortunately, such physicians are not as equipped or experienced as psychiatrists and psychologists in diagnosing and treating depression. This increases the time between when individuals begin to experience symptoms and when they are able to receive treatment. On average, an official depression diagnosis can take between 2 to 40 months. At the same time, untreated depression has severe risks. “The longer depression is not treated, the more difficult it is to treat,” says Redei. “There’s also a higher chance of suicide, and adverse effects in the person’s work environment, home environment, [and] social structure.”

Untreated depression usually worsens over time, and to cope, patients may succumb to addiction, self-injury, and reckless behaviors such as having unprotected sex and drunk driving. Risk of suicide also goes up the longer depression remains untreated.

Using a test such as this to identify depression could reduce some of the stigma tied to the disorder and bridge the gap between mental and physical health. Depression affects the whole person, body and mind. A test such as this underscores that connection.

Does it all sound too easy?

Perhaps.  New biological findings in mental illness have a way of promising a whole lot more than they deliver.

Nowhere is this seen more than in the area of depression (Anyone out there remember Peter Kramer’s 1993 classic, Listening to Prozac?)  Decades of research on SSRI’s, once hailed as revolutionary, are increasingly showing just how modest, indeed disappointing, the medication’s effects actually are.

So a healthy dose of skepticism is in order.

This study is one of the first in its category. Depression is an exceptionally complex disorder that can only be partially understood in terms of biology. For the above implications to be substantiated, many studies with larger sample sizes must replicate the findings. In fact, a much larger study that looked for genetic associations with MDD in over 6,000 individuals (of whom 2,000 were diagnosed with MDD) found little to no genetic links.

Further, even if blood sampling were used to diagnose depression, it would not account for the social and environmental components of the disorder. It is possible that increased reliance on biological factors could lead to increased numbers of people being misdiagnosed and forced to suffer alone due to the narrow diagnostic scope that blood tests would provide.

Still, Redei’s research does show promise. She hopes that using blood tests to diagnose depression will help expedite the otherwise lengthy process. But she does not feel that current diagnostic practices should be replaced. Instead, the combination of blood tests and self-report evaluations of symptoms may be key to early diagnosis in the future.

Although further research is needed, the hope is that blood tests may eventually help clinicians with the question of which treatment may be most effective for which client. “I think this opens the possibility to begin to look at whether there are biomarkers that may be able to predict response to a behavioral treatment like cognitive behavioral therapy, pharmacotherapy and other forms of treatment,” says co-author David Mohr.

Redei’s research responds to the very real need for more efficient and effective methods of diagnosing depression.  And it opens doors to new ways of understanding the disorder and its identifying characteristics.