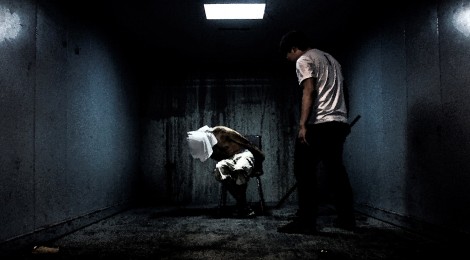 In December of 2014, the U.S. Senate Intelligence Committee released a tell-all report about the Central Intelligence Agency’s (CIA) detainment and interrogation of suspected terrorists, concluding that the “enhanced interrogation techniques” used were far less effective and ethical than previously thought.

Under the supervision of medical staff, detainees were deprived of sleep for as long as a week, confined inside coffin-shaped boxes for several days, water-boarded multiple times a day, and even subjected to medically unnecessary “rectal feeding” or “rectal hydration” in an effort to assert “total control over the detainee.”

The report shows that, to obtain information, CIA officers intimidated detainees with threats to harm their families, which included, “threats to harm a detainee’s children, threats to sexually abuse the mother of a detainee, and threats to cut a detainee’s mother’s throat.” These individuals were also led to believe they would never be allowed to leave CIA custody alive.

According to Mark Costanzo, professor at Claremont McKenna College, torture used as an interrogation device can have severe, long-lasting effects on physical and mental health. In the Senate report, one detainee, Abd al-Rahim al-Nashiri, was initially deemed compliant, cooperative, and truthful by some CIA interrogators. Yet after years of intense interrogations, he was diagnosed with anxiety and major depressive disorder and was later described as a “difficult and uncooperative detainee, who engaged in repeated belligerent acts, which included attempts to assault CIA personnel and efforts to damage items in his cell.”

Al-Nashiri accused CIA staff of “drugging or poisoning his food, and complained of bodily pain and insomnia.”

Yet the report failed to thoroughly investigate the long-term psychological consequences such techniques may inflict upon not only detainees, but interrogators as well.

In 1986, psychiatrist Robert Jay Lifton interviewed Nazi doctors who participated in human experimentation and mass killings. Lifton concluded that after years of exposure, many of the doctors experienced psychological damage similar in intensity to that of their victims. Anxiety, intrusive traumatic memories, and impaired cognitive and social functioning were all common consequences.

Costanzo believes that interrogators who use torture techniques may have similar experiences. In February 2007, Eric Fair, an American interrogator who was stationed at the Abu Ghraib prison in Iraq, confessed to participating in and overseeing the torture of Iraqi detainees. In his memoir, Consequences, Fair discusses how those events continue to haunt him—leading to martial problems, reoccurring night terrors and insomnia, substance abuse, and depression. The U.S. public seems split on the issue of torture use, with many believing that enhanced interrogation techniques are warranted if they help prevent future terrorist attacks. Days after the Senate Intelligence Committee released the report, the Pew Research Center polled 1,000 Americans and discovered that 51% believed the CIA’s interrogation techniques were justified.

But according to Costanzo, many who survive torture reveal false information in order to appease the torturer and stop the pain. The Senate Intelligence Committee supported this finding when they discovered that none of the 39 detainees subjected to the enhanced interrogation techniques produced useful intelligence.

Senator Dianne Feinstein of California, head of the Senate Intelligence Committee, further argues that the CIA’s techniques are amoral:

“Such pressure, fear and expectation of further terrorist plots do not justify, temper or excuse improper actions taken by individuals or organizations in the name of national security.”

Feinstein is now proposing a bill to reform interrogation practices in the United States. The bill suggests the use of techniques designed by the High-Value Detainee Interrogation Group, which rely on building rapport and empathy as opposed to relying on physical and psychological pressure. This model has seen great success in both law enforcement and intelligence gathering in countries like Norway and the United Kingdom. Feinstein explains:

“It is my sincere and deep hope that through the release of these findings and conclusions, U.S. policy will never again allow for secretive indefinite detention and the use of coercive interrogations.”