Do you want weekly updates about our content? Subscribe here:
Browse: Home   /   2015   /   October   /   Divorce an Unreliable Predictor of Aggressiveness 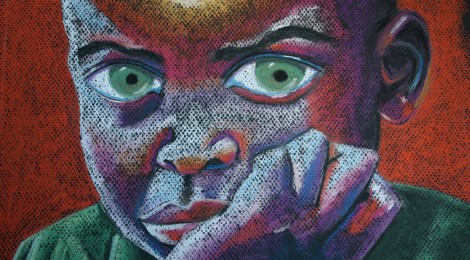 Divorce an Unreliable Predictor of Aggressiveness

“Tomorrow is the day of retribution, the day in which I will have my retribution against humanity, against all of you.”

Elliot Rodger spoke these words in a video he recorded before stabbing and shooting his fellow students at the University of California, Santa Barbara (UCSB) in May of 2014. After killing six and injuring 14 others, Rodger took his own life.

In a 140-page manifesto called My Twisted World, Rodger explained that he was seeking revenge for being a virgin at 22 years of age. Tormented by loneliness and rejection, he detailed many painful experiences that helped push him over the edge. In the final video, he threatened the life of every female student in UCSB’s most popular sorority house and anyone else he saw on the streets of Isla Vista.

Rodger sent this manifesto to his parents and therapist before the killing spree, blaming them for his sexual frustrations.

His father, Peter Rodger, later explained that his son began dealing with mental health problems at a young age, following his parents’ divorce. In an interview with Barbara Walters on ABC’s 20/20, Rodger’s father spoke about Elliot’s fear of interaction with other children in high school:

“He felt the inability to get along with them. And this is when we realized that he had a real fear of other human beings, of other kids his age.” Stories like those of Elliot Rodger lead us to seek explanations. We try to understand: How can something like this occur? And in the 20/20 interview, among the explanations advanced, was the idea that Rodger’s life changed when his parents divorced.

The narrative of divorce as being profoundly damaging to children does offer a compelling explanation when it is otherwise difficult to understand certain individual actions.

Research shows that children who experience divorce at a young age may develop separation anxiety and dependency. When they do not receive equal attention from both parents, they may become sensitized to rejection and react strongly to this same type of rejection in other social situations. Over time, they may develop lower self-esteem and negative expectations regarding intimate relationships.

But even amongst this small fraction of children, severe aggression is rare.

In fact, most children of divorce are able to cope relatively successfully with their situation and go on to develop close relationships, experiencing few behavioural problems. Yet, it is common to view divorce as being destructive for children. Janine Bernard of Purdue University and Sally Nesbitt of the Counseling and Psychological Services Center in Texas both found no significant differences in levels of anger, aggression, and passive-aggressiveness between children of divorced or disrupted families and children of intact families. In their two-part study, they found that while all children are affected by the quality of their parents’ relationship, environmental and sociocultural factors are just as important in determining temperament. Similarly, internal levels of maturity, personal coping styles, and other relationships can and often do counterbalance the negative impacts of divorce.

“For generations couples have been disillusioned by the marriage myth, which promised life happily ever after. The more recent divorce myth is equally dogmatic and suggests that divorce has inordinate powers to hurt people regardless of the mental health and maturity of the adults and children involved.”

Those holding such views tend to expect children from divorced families to become socially isolated and to develop behavioural problems. Bernard and Nesbitt explain that this is a common hypothesis among researchers conducting divorce studies. The bias may impact their judgment and cause stilted reporting of results, with more focus on a child’s negative behavior and less on their positive qualities.

Elliot Rodger is an example of one individual who was psychologically disturbed, and viewed his parents as responsible for his suffering. But he is certainly not a typical example of a child of divorced parents.

His social isolation may have felt unbearable to him, and he and his family sought an explanation for his violent actions, just as we all do when we learn of tragic stories like this. But our best explanations can be misguided. Reliably predicting violent behavior still remains elusive.

← Stop all the clocks, cut off the telephone
John Oliver on Mental Health & Gun Control →