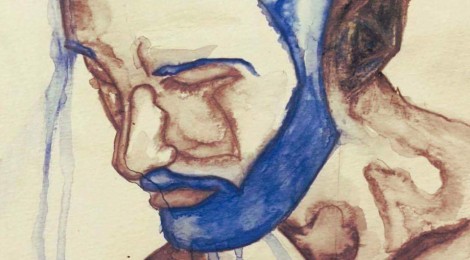 The U.S Supreme Court’s historic ruling on June 26, 2015 to allow same-sex couples the right to marry under the Constitution was a significant victory for the LGBTQ community, but there were many who were noticeably lacking from media coverage of the event—in particular, from the South Asian Queer community.

One at-home celebrator, Charles Pulliam-Moore, explained in an interview:

“Looking at the smiling faces floating in a sea of waving rainbow flags I couldn’t see myself. To put this in simpler words: there were virtually no black or brown faces attached to the coverage of the ruling.”

South Asian queer representation is scarce in mainstream gay culture and in the media in general and surprisingly, LGBTQ-dominated spaces aren’t exempt from this lack of visibility. In an interview with the Trauma and Mental Health Report, Haran Vijayanathan, Interim Executive Director at the Alliance for South Asian Aids Prevention, explained:

“If you’re at a bar, unless you actually have a North American accent or dress like everybody else when you go into those spaces, you’re still a minority.”

It is important to consider South Asian Gay and Bisexual Men (GBM) separately from other queer people of colour because of the distinct issues they face. In a study by University of Toronto Social Work Professor David J. Brennan and colleagues, for example, South Asian GBM reportedly faced higher experiences of racism than any other group. Vijayanathan agreed, noting that initiatives created to help educate and foster acceptance of the LGBTQ community seem to be excluding South Asian queers:

“When we see campaigns to engage LGBT clientele, their models tend to be primarily white or black, never really South Asian or East Asian so it really speaks to the disconnect both corporations and advertising firms have; they are feeding into what is desirable and South Asian men tend not to be on that list.”

Participants in the Brennan study reported that a lack of representation of their race or body type in the media made it difficult for queer South Asians to have a positive body image.

Vijayanathan went on to explain that, what little representation of South Asian queers is available, often consists of unique stereotypes that also contribute to body image issues for this community:

“There’s a lot of misconceptions and notions about what a South Asian man is. There are a lot of studies on how people think all brown men smell like curry all the time and all have body odour so brown men try to be completely opposite; they become obsessed about fitting into these communities by going to the gym excessively and it becomes a body image issue.”

Vijayanathan also highlighted the different standards set out for South Asian Queer men, which can lead to extreme behaviours from community members hoping to be accepted:

“People will look past the South Asian on some level if you have physical presence so that leads to unhealthy eating and unhealthy work-out regimens that cause more harm than good.”

Body image dissatisfaction commonly experienced by GBM of colour has been associated with symptoms of depression, appearance-related anxiety, disordered eating, and internalized homonegativity. The Brennan study showed that Gay and Bisexual South Asian men are typically more concerned about dieting and body weight, than any other group of GBM of colour.

This overall lack of acceptance can affect South Asian queers in significant ways. Vijayanathan spoke to the pressure some community members feel to take part in dangerous sexual behaviours as a result of this invisibility:

“We find that men tend to drop their standards when approached by someone who doesn’t want to use a condom. They often engage in high-risk sexual practices because this is their moment of acceptance. It could also be that they need to be intoxicated to be in those spaces as well so their judgement is already impaired; they’re abusing alcohol and other substances so that when they go into social spaces, they’re more open. And during that time, it could put them at risk for things like violence and sexually transmitted infections.”

One study looking at South Asian LGBTQ respondents from Southern California, reported that 34% practiced unsafe sex. To make matters worse, South Asian LGBTQ individuals often have difficulty asking for help and support in these situations, resulting in feelings of isolation and the need to lead double lives.The lack of awareness of the experiences faced by queer South Asians leaves many needlessly struggling.

← The Story of Ryan Anderson
Too Much On My Mind →