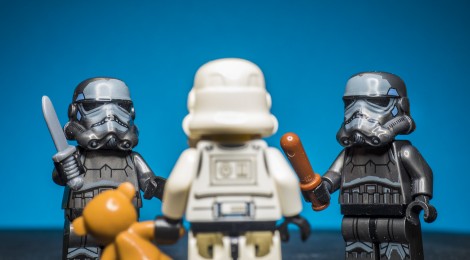 On July 3rd 2015, in New Baden, Illinois, a teenager with Asperger’s syndrome (AS) named Gavin Joseph was severely beaten for what his peers deemed “weird” and “creepy” behaviour. In a Facebook post that has since been taken down, his mother Cortnie Stone recounted, “He was called to meet someone, surrounded by people he didn’t know, choked, punched, and left laying on the pavement so he would ‘learn his lesson.’”

The assailant had overheard talk of Gavin’s supposed odd behaviour: spending time alone, attending events by himself, watching people from afar, and wanting to befriend people he didn’t know. Stone wrote, “The attacker didn’t ask questions, didn’t get to know Gavin, never met him, and didn’t give him a chance to leave.” Instead, Gavin was invited to join a crowd of teens, encircled, and attacked.

At age three, Gavin was diagnosed with AS, a disorder that can make everyday exchanges with other people challenging. Although AS is classified as an autism spectrum disorder, people diagnosed with the condition are considered high functioning. They have average to above-average cognitive ability, but often lack social intuition.

“You can’t ‘see’ Asperger’s since it’s not a visible disability,” explains Gavin’s mother. “It’s a social/emotional one that makes relationships difficult to attain.”

In addition to having difficulty with verbal interactions, people with AS struggle with nonverbal communication, such as making eye contact and reading facial expressions. While they can develop an extensive vocabulary, they may not have the capacity to appropriately express their feelings.

Gavin has spent years trying to learn social rules and ways of interacting with others. But maintaining long-term friendships has been hard. The inability to develop meaningful relationships is not uncommon for those with AS. In an article published in the Journal of College Admission, Janet E. Graetz and Kim Spampinato at Oakland University, consider socializing to be overwhelming and frustrating for teens with AS, despite their desire to make friends.

Adolescents with AS are also at risk for experiencing social exploitation, teasing, and bullying, as people often misinterpret their behaviour as dangerous or aggressive. Gavin’s mother wrote in her Facebook post, “He can appear rude, impatient, ‘weird’, detached, or uninterested, but this is not intentional.”

Susan Alcorn MacKay works for Bridging the Distance, a project to enhance services for postsecondary students with mental health problems. She weighed in on the issue in an interview with the Globe and Mail:

“When you are a little kid, your parents just love you to pieces, so you’ve got them. But then friends become more important, and every year that goes by without friendship or with rejection and misunderstanding deepens the anxiety.” Research by Oren Shtayermman, director of the mental health counselling program at New York Institute of Technology, shows that individuals with AS are especially prone to experiencing depression, anxiety, and even suicidal thoughts. So it’s critical to improve social support for them. School systems can play a big part in educating students about AS and other intellectual and developmental disabilities, helping to increase acceptance of people with these conditions.

Gavin’s mother also emphasizes the role that parents play in cultivating an accepting attitude toward people with disabilities. She wrote:

“If you are reading this, I hope you talk to your teens, tell them about disabilities you can’t see, teach them to be tolerant of people that are different, teach them that if they continuously see someone alone that maybe it is not their choice to be alone.”

Gavin’s mother hopes that her son’s story leads to meaningful conversations about disabilities in the community. To parents, she stresses the importance of encouraging respect for others: “Remind your children to ask questions first and get to know one another.”