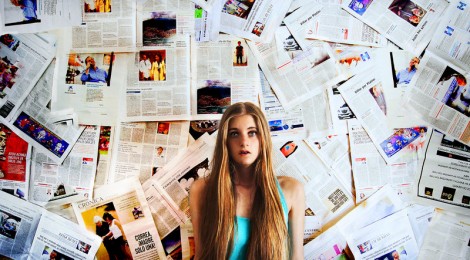 On November 19, 2014, Rolling Stone Magazine published a story about sexual assault at the University of Virginia (UVA). The article exposed the brutality of on-campus rape through the personal account of a UVA student named Jackie, who claimed to have been gang-raped at a fraternity in the fall of 2012.

After its publication, the article sparked a dialogue about sexual assault on college campuses that criticized UVA’s long history of sexual misconduct.

But many online readers accused Jackie of fabricating the story, citing major discrepancies that emerged in her account of what happened that night.

Although details of the attack did change over time, accusations that Jackie lied about her experience imply a deliberate and malicious intent to deceive. One can only speculate on another’s intent, but what was lost in the public debate was an important and common process that occurs in such cases, a process that helps explain factual inconsistencies. That is, fragmented victim memory.

In an interview with the Huffington Post, psychologist David Lisak, a forensic consultant and sexual abuse expert, explains that fragmented memories can lead to an inaccurate retelling of the story:

“That’s what is so important to understand – that this is a very normal thing for a victim of a traumatic experience. The victim is trying to make coherence out of an incredibly disorganized set of pieces – in almost all cases, the intention is not to deceive, but rather to make sense of what they have processed.” Rolling Stone Magazine retracted their story in April 2015, following a report published by the Columbia Graduate School of Journalism claiming that the police found “no substantive basis” to support the article’s depiction of the assault. UVA’s president described Rolling Stone’s article as irresponsible journalism that “unjustly damaged the reputations of many innocent individuals and the University of Virginia.”

But Alex Pinkleton, Jackie’s close friend who survived a rape during her first year at UVA, warns against public skepticism surrounding on-campus rape. She told the Washington Post:

“One of my biggest fears with these inconsistencies emerging is that people will be unwilling to believe survivors in the future. We need to remember that the majority of survivors who come forward are telling the truth.”

Although the public may never know what happened in Jackie’s case, recent media scrutiny of the story has cast doubt on sexual assault victims’ claims.

Yet much of this criticism stems from a lack of understanding. Research on the neurobiology of traumatic events and the problem of fragmented memory in sexual assault survivors shows that intense fear coming from experiencing a traumatic event activates an area of the brain involved in fear and stress processing. In response to this activation, hormones are released that help the individual cope with the physical and emotional pain.

In an interview with the Huffington Post, Rebecca Campbell, a community psychologist at Michigan State University, explains that hormones secreted by the adrenal glands make it more difficult for the part of the brain called the hippocampus to form, organize, and store memories, disrupting victims’ recollection of a traumatic event. This coincides with prior research by Douglas Delahanty and colleagues at Kent State University, who found that elevated cortisol levels predicted the extent of Post-Traumatic Stress Disorder (PTSD) symptoms in motor-vehicle accident victims. Their results showed that stress hormone levels in the immediate aftermath of traumatic events act as a mechanism through which other factors—ranging from trauma severity to history of similar incidents—affect the onset of PTSD symptoms.

This research should be interpreted cautiously. False memories are unlikely to be created outright, just as real memories are unlikely to disappear entirely. More common are instances where details of traumatic events become somewhat unclear or skewed. In fact, a 2005 study by Kristen Alexander and colleagues at California State University found that victims of child abuse can have accurate and detailed memories of their experiences. Similarly, a 2006 study by Mark Howe and colleagues at Lancaster University in the UK revealed that basic memory processes in victims of abuse are not inherently different from individuals who have not suffered abuse. This is an important consideration. Memory fragmentation doesn’t render assault victims non-credible.

Beyond memory fragmentation, there are other, non-biological reasons why victims of sexual assault might skew the details of their own stories. According to a 2009 report from the National Center for the Prosecution of Violence Against Women, the most common reason is the fear of not being believed. As the author of the report writes:

“Just like everyone else in society, sexual assault victims know the stereotype of a ‘real rape’ in an effort to be believed, the victim may change aspects of the reported incident.”

According to Campbell, law enforcement, friends, family, and campus officials contribute to feelings of “secondary victimization” by misunderstanding how trauma memories work in sexual assault cases. She states:

Campbell and Lisak highlight the need for greater awareness and education on how traumatic memory works. While Jackie is still being criticized for her story, other survivors of on-campus rape do not need to suffer the same fate. To reduce further stigmatization, on-campus officials and media personnel should be educated about fragmented memories, as well as effective ways of investigating sexual assaults and providing support to victims.