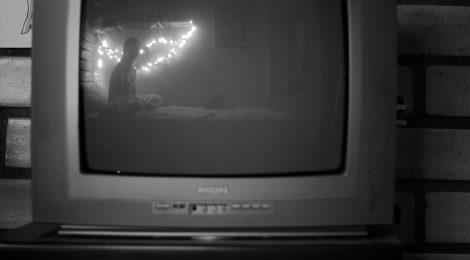 Media portrayals of mental illness are often controversial and have been criticized for inaccurate stereotypical depiction.

But more recently viewers have seen a notable shift towards more accurate representations. Writers, producers, and actors are using their own experiences to create more authentic characters and situations.

The controversial television series Girls on HBO leads the way.

Lena Dunham –actress, writer, director, and executive producer of Girls– stars as the show’s protagonist Hannah Horvath, who struggles with obsessive compulsive disorder (OCD). Through her character, Dunham conveys her own personal journey, enabling viewers to observe genuine symptoms of the illness.

Dunham was diagnosed with OCD around age 9. In an excerpt from her new book, she discusses the experience of intrusive thoughts:

“I am afraid of everything. The list of things that keep me up at night includes but is not limited to: appendicitis, typhoid, leprosy, unclean meat, foods I haven’t seen emerge from their packaging, foods my mother hasn’t tasted first so that if we die we die together, homeless people, headaches, rape, kidnapping, milk, the subway, sleep.” As a public figure, Dunham feels a responsibility to discuss her disorder openly. She believes this approach helps people better relate to those who live with mental illness.

Researchers Joachim Kimmerle and Ulrike Cress explored this in an article published in the Journal of Community Psychology. Their study demonstrated that we can learn about mental illness from fictional shows when the information is accurately presented, highlighting how there can be many useful and creative ways to disseminate knowledge in mental health.

However, research by Nicole Mossing Caputo, a marketing and public relation specialist, and Donna Rouner, who has her PhD in mass communication, at Colorado State University found that when viewers don’t relate to the storyline or don’t form an emotional bond with a character, social stigmas tend to persist.

When a link to a storyline is successful or an emotional bond is formed, viewers become less critical and adopt the protagonists’ perspective and understand their struggle. Connections to narratives and characters like Hannah Horvath help battle misconceptions. Another show, Parenthood, candidly explores the struggle of living with Asperger’s Syndrome (Autism Spectrum). Like Dunham, the show’s creator Jason Katims uses his own experience of raising a son with Asperger’s to connect with viewers on issues surrounding mental illness.

Dunham’s representation of OCD on television has increased public discussion around mental health. It has increased the visibility of various mental-health communities and has helped pave the way for other shows to do the same.

In a Psychology Today article, Jeff Szymanski, Executive Director of the International OCD Foundation, speaks to this progress:

“Lena did a service not only to herself by letting the world ‘see’ what the struggle looks like, but to the entire OCD community at large by showing some of the pain, stigma, and struggle any person with mental health issues has to endure.”

And many are taking notice.

Shortly after Girls first aired, Allison Dotson—an OCD sufferer herself—wrote an article for the Huffington Post explaining how the depiction of Hannah on Girls has helped fight stereotypical portrayals of her disorder:

“As someone with OCD, I find it refreshing to see this often misunderstood illness portrayed in a realistic way on an acclaimed television show. Just as Hannah herself resists typical far-fetched sitcom stereotypes — she’s not model thin, she struggles with her finances and her career choices, and she often finds herself in believable awkward situations — her OCD symptoms are presented in a way that resists the low-hanging fruit of a kooky character most of us never encounter in our day-to-day routine.”