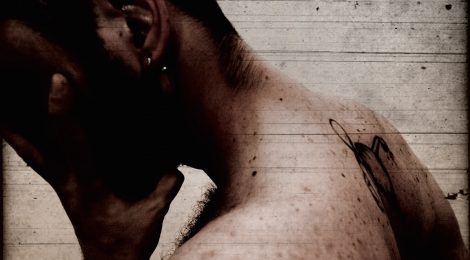 In October 2015, Sweden opened the world’s first male rape center. It is the only known center that provides emergency medical care for men and boys who are victims of rape or sexual abuse. Although most rape centers don’t turn male victims away, there are no others that cater specifically to the physical and emotional needs of men who undergo such trauma.

The issue of male-on-male, and especially female-on-male rape and sexual abuse is largely unacknowledged in part because these forms of trauma are much less common than those involving a female victim. Statistics Canada reports that approximately 8% of sexual assaults involve a male victim.

In the 1980s, the word “rape” was removed from the Criminal Code of Canada and replaced by three different levels of sexual assault, specified by whether or not force or threats were involved and to what degree they were present. The problem with this approach is that “sexual assault” sounds like a lesser issue; it doesn’t carry the same weight as “rape”.

In October 2013, Kirk Makin wrote in an article for The Globe and Mail:

“Instead of the loaded word rape—with all its moral and social baggage—three levels of sexual assault were written into law, each level escalating in gravity. But getting rid of the legal term ‘rape’ didn’t stop it. In fact, many argue that it profoundly defanged the justice system and has resulted in lighter—not tougher—sentencing.”

Terminology may partly account for a lack of male rape centers, but so might the negative cultural view of a man being raped, particularly by a woman. Popular culture and the media typically portray rape as involving penetration, which assumes only a male can perpetrate it. So, the common view is that men cannot be raped by women. For example, if a victim tells a friend he’s experienced unwanted sexual activity, the friend’s reaction is likely to be as congratulatory as horrified. And the victim is less likely to report the crime. An article on rape from Stanford University’s Encyclopedia of Philosophy even states in its premise the assumption that perpetrators are male and that victims are female, disregarding the issue of male rape altogether.

There is a common sentiment that men are always open to sexual advances and, therefore, automatically consent. This misconception can lead to situations where, if a man is intoxicated or otherwise unable to provide consent, he may subsequently be sexually assaulted. Contrary to stereotypes, the common view of “no means no” applies to both genders, and a lack of consent is just as significant as an expression of non-consent.

Another problem focuses on the male-on-male rape that occurs in prisons. Jokes about not “dropping the soap” are rampant in the media, giving the impression that, since these individuals are criminals, they should expect—indeed deserve—sexual assault. And rape committed in prisons is not even included in national statistics, an omission that has the effect of failing to prevent abuse, as well as diminishing the issue. As a result, there is an insufficient allocation of resources for victims within the prison system. Victims require both emergency medical services, as well as counselling, to address the physical and emotional damage of sexual violence.

The opening of a male rape center in Sweden is a positive step, suggesting some progress toward support for male rape victims. But on a broader scale, the problem goes unacknowledged. Attitudes cannot change without a more systemic shift in how male rape is viewed and addressed.