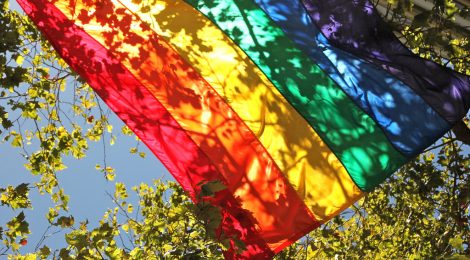 Universities across Canada, such as Carleton University and the University of Toronto, have established gender-neutral washrooms on campus to create safe spaces for members of transgender and genderqueer communities. In doing so, these universities are openly supporting the rights of transgender (gender does not align with sex at birth), non-binary (does not identify with either gender), and other gender-diverse individuals.

This issue held such importance in Canada that new legislation, Bill C-16, was proposed by Prime Minister Justin Trudeau in 2016 to prohibit discrimination based on gender identity. In addition to criminalizing this type of discrimination, the Bill would legally protect transgender and genderqueer communities against hate speech. Refusal of service to people, or removal of people from a public restroom, based on their gender identification would also be illegal.

Minister of Justice and Attorney General Jody Wilson-Raybould emphasized the importance of this Bill as a statement that Canada sees the transgender community as a legitimate segment of society:

“All Canadians should feel safe to be themselves. It is our responsibility to recognize and reduce the vulnerability of trans and other gender-diverse persons to discrimination, hate propaganda, and hate crimes, and to affirm their equal status in Canadian society.”

But, Michael Cooper, a Canadian Member of Parliament (MP), claims that Bill C-16 is unnecessary. He argues that citizens are already protected under Canadian law on the grounds of sex and sexual orientation. Many in the transgender community disagree.

In an interview with the Trauma and Mental Health Report, James (name changed for anonymity), a transgender male student at York University in Toronto, views gender identity as different from sex and sexual orientation:

“Gender identity is who you are, whether that be male, female, or genderqueer, regardless of the sex you were born with. Sexual orientation refers to whom an individual is attracted to.” Other opposition to Bill C-16 comes from MP Rob Anders who opposes it based on unsubstantiated fears. As reported by CBC News, he claims that this “bathroom bill” allows male predators access to women’s washrooms, and that it would put both women and children in danger.

Anne Creighton, president of PFLAG Toronto, an organization focused on building allies for the LGBTQ community, considers the washroom issue a contentious topic. In an interview with the Trauma and Mental Health Report, Creighton explains:

In fact, a Canadian national survey found that washrooms and change rooms are “places where bullies indulge in the perverse pleasure system of homophobia and transphobia by tormenting [gender-diverse people].” The limited presence of gender-neutral restrooms leaves few viable options for those who do not identify with their birth gender. Creighton says that her queer daughter is constantly policed by others in washrooms, and is asked to leave both male- and female-assigned washrooms. James has personally experienced similar discrimination. He says:

“Gender-neutral washrooms mean a safe place to be able to do something that everyone has to do. Many transgender people have learned to ‘hold it in’, and this is not something that should have to be done.”

“Criminalizing transphobic behavior will not remove transphobia from society. The mere necessity of this Bill is evidence that transphobia still exists.”

← How to Overcome Bias
PTSD a Reality for Urban Youth →