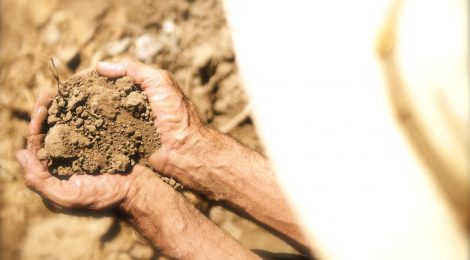 The cutoff for irreversible climate change has long been accepted as two or more degrees in global temperature compared to pre-industrial records. Reports show that, in early March 2016, this cutoff was crossed for the first time in recorded history.

January and February of 2016 broke all previous monthly records for high temperatures. Accompanying this trend are regular reports of melting ice caps and changes to animal migratory patterns. But the link between climate change and mental health is less visible.

One effect has been observed in farmers who are closely connected to the land. For some, environmental problems stem from insufficient water supply. For others, too much rainfall is a detriment to crop growth. Not surprisingly, farmers are anxious.

Matthew Russell is an Iowan farmer whose family has tended to their land for five generations. In an interview with Medical Daily, he recounts the physical and psychological toll brought on by extreme climate conditions:

“Psychologically, in the last few years, there’s a lot of anxiety that I don’t remember having 10 years ago. In the last three or four years, there’s this tremendous anxiety around the weather because windows of time for quality crop growth are very narrow.” Russell explains that this narrow window is due to increasing levels of rain, which leave his land muddy and wet, decreasing crop quality.

Aside from droughts and flooding, extreme temperatures compound the problem, as do weeds, pests, and fungi that thrive better as a result of warmer temperatures and increased carbon dioxide levels.

For those like Russell who have farmed throughout their lives, the idea of uprooting and relocating or finding a new profession seems daunting. With the continuing effects of climate change, this threat may soon become reality.

Anxiety is not the only mental-health concern influenced by climate change. A report from the US National Library of Medicine states:

“An association has been found between crop failures due to unexpected droughts and suicide attempts in the farmers. Failure of crop can lead to economic hardships. When dependent on low precipitation situations, the farmer might not be able to sustain the expenses of the family and may become a victim of the debt trap to meet the expenses.” Although the report focuses on droughts in Australian and Indian populations, these experiences are echoed elsewhere, like in California. Drought there has contributed to failed crops for farmers, as well as increased food prices for consumers in North America. A 2012 report showed that the economic hardship associated with these problems has increased the risk of suicide in American farmers.

A study on suicide by Ryan Sturgeon at the University of Calgary examined the content of calls to a rural stress line from farmers in Manitoba, Canada. He found that farmers may not be using the mental health resources open to them:

“Multiple factors may negatively impact farmers’ help-seeking behaviour, including greater isolation due to a growing distance between farms, increased competition and less cooperation among farmers because of the changing global economy, and fragmentation of existing rural communities as more people are moving off farms and into urban areas.”

Problems brought on by climate change are exacerbated in vulnerable rural communities populated by farmers. But as a worldwide phenomenon, climate change is likely to affect mental health globally.

← Negative Emotions Are Necessary
An Expression of Grief →