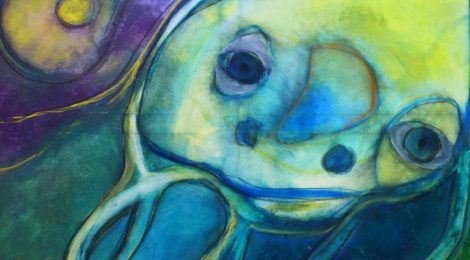 Out of possible side effects to expect when taking medication for Parkinson’s disease, uncontrollable painting is probably not one of them. Ingrid Hauff-Jacubasch was diagnosed with Parkinson’s in her 60’s, and soon after her diagnosis, began painting compulsively. This symptom appeared after she started taking prescription drug levodopa. A recent study indicates that compulsive painting, in fact, can be a side-effect of both Parkinson’s disease and this medication. ← Self-Doubt—I Know You
Right to Be Depressed? →