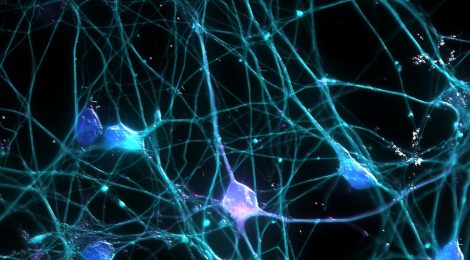 Promising new treatments for neurological disorders are looking to transform disease management through neuroplasticity—the brain’s ability to alter its structure and function to adapt to changes in the environment. Leading-edge research is investigating how technological solutions can enhance neuroplasticity, boosting recovery from neurological damage.

In September 2016, Helius Medical Technologies announced positive results for its pilot study using a brain stimulation device to treat pediatric Cerebral Palsy (CP). CP affects muscle control due to injury or malformation of the brain. For the study, some participants received standard physiotherapy, while others received standard physiotherapy along with 20 minutes of brain stimulation with Helius’s experimental device.

Those who received brain stimulation showed improvements in muscle spasms and gross lower limb motor function, over those who did not. And, there were improvements in quality of life, social status, and cognitive function. One explanation is that the brain stimulation device heightens the brain’s natural ability to heal, producing enhanced benefits from physiotherapy.

This new method of brain stimulation is termed cranial nerve non-invasive neuromodulation (CN-NINM). A successful feasibility study was done for the treatment of Multiple Sclerosis (MS), and studies are underway for Parkinson’s disease, brain injury, and stroke. Participants are reporting improvements in mental health and wellbeing, such as greater mental clarity and increased energy. And benefits may extend to other neurological conditions as well.

The brain stimulation device used in these studies comes from decades of work by researchers at the University of Wisconsin-Madison, in the Tactile Communication and Neurorehabilitation Laboratory (TCN Lab). The team named the device the Portable Neuromodulation Stimulator (PoNS). The PoNS consists of a small array of electrodes that transfer an electrical current to the patient’s tongue, activating areas of the brainstem and cerebellum. Researchers theorize that this activation induces a sequence of activity that spreads through the brain.

In his book, The Brain’s Way of Healing, researcher and psychiatrist Norman Doidge explains how brain stimulation enhances neuroplastic healing. Doidge says an underlying cause of symptoms in neurological disorders is a dysregulation of electrical activity in the brain. He explains the sequence of activity caused by the PoNS may help the brain balance the electrical activity in its networks of brain cells. Balancing promotes rest and relaxation of these cells, allowing further stimulation alongside appropriate rehabilitative therapy. Stimulation reactivates dormant or dysregulated brain cells, and reintegrates them into functioning networks. Taken together, these changes make an ideal state for neuroplastic healing to take place.

Doidge shares a story about Broadway singer Ron Husmann’s remarkable recovery, which Doidge attributes to neuroplastic healing. Multiple Sclerosis led Ron to lose control of his bladder, mobility, and singing voice. Devastated by the loss of his voice and feeling he had nothing to lose, Ron travelled to the TCN Lab. He spent two weeks in intensive speech therapy, accompanied by brain stimulation with the PoNS device. By the end of his stay, Ron was singing and dancing again. Brain stimulation and modulation are not new. They are central to established, FDA-approved treatments, such as deep brain stimulation (DBS), for neurological disorders. But, an important difference between the PoNS device and deep brain stimulation is that DBS is a highly invasive treatment. It involves the insertion of an electrode into the patient’s brain, and introduces several possible risks, including infections and strokes. And so, DBS is only used as a last resort. But the PoNS is non-invasive and presents few risks. Plus, the effects of the PoNS appear to continue even after the stimulation ends, whereas the benefits of DBS tend to end when stimulation is turned off.

Reported side effects for treatment by the PoNS, though, include increased salivation, mild headaches, and jaw pain. To reduce side effects, researchers teach participants swallowing and relaxation techniques that manage saliva and tension in the jaw.

Although early evidence for the PoNS device is impressive, skeptics point out that the number of participants used in the studies is small, which reduces confidence in reported outcomes. And although the team at the TCN Lab has shown that the PoNS increases activity in key brain areas, theories on how, precisely, it contributes to healing are still unclear.

Still, the PoNS shows promise as an addition to rehabilitation programs, and as a way of promoting physical and mental health. This technology is one to watch.