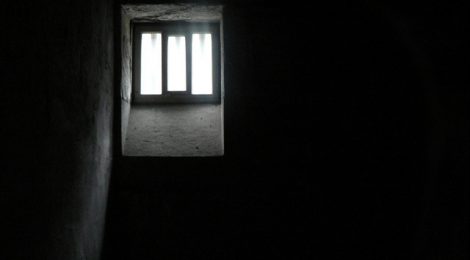 Killed by the Dark

“Killed by the Dark” is a poem by Ricky Silva, an inmate in solitary confinement at Florida State Prison serving a life sentence. Silva has been in isolation for over four years. His work is published online through his blog Concrete Cage.

In this poem, Silva expresses his mixed feelings surrounding the suicide of a fellow inmate in solitary confinement. Silva explains to his friend that he understands his struggle, and even his decision to end his life. He tells his friend what he appreciated about him, and how he will be missed. He also expresses anger toward the prison for the conditions they place inmates in and their failure to protect his friend.

A post by Voices from Solitary on watchdog organization website Solitary Watch says that Silva believes letters from the public can go a long way in helping inmates cope with the social isolation they experience in solitary. Silva suggests that readers reach out to any inmates through letter-writing.

Killed By The Dark

He sat in the darkness, for almost 10 years
Striding forward each day, swallowing his tears
He was not perfect at all, but he didn’t deserve this
To rot in a cell, with no one to love or to miss

He was quick to laugh, when he was feeling well
Or to tell a joke, to get us away from this hell
He was a man of his word, this I know to be true
If you gave him respect, he would in turn respect you

But with each passing day, his world became black
The darkness covering a world, he would never get back
Life became heavy, a great struggle each day
depression set in, and would not go away

Then one day the wing became loud, with everybody banging
The guards went to check it out, and they found Johnny hanging
They broke his fucking ribs, trying to pump air into his chest
And then let him die, saying that they did their best

Johnny for what it’s worth, I’m sorry you had to go
You were one of the few in here, I was happy to know
I can’t lie and say, it has not crossed my mind
I’ve come very close myself, from time to time

You were a warrior Johnny, make no mistake
But even a warrior, has only so much they can take
Just want you to know, you will be missed
Not just another soul, claimed by the darkness

← Brain Stimulation Device Powers Healing
A Ship Without a Rudder →