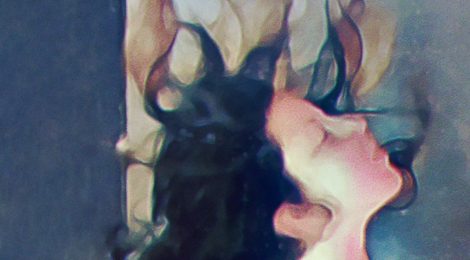 Julie Everson uses writing to help manage her struggles with borderline personality disorder. Creating poetry is important to her personal healing—allowing her to share her unique perspective of the world, release inner turmoil, and potentially benefit others.

Her poem “Freak” tells part of her story.

There was a startling flash in the sky, the day she let her freak flag fly

Then brought them down swiftly

With an echoing shriek

The clouds released their salty downpour

Painting the ground around her in splashes of gold and pink

Gasping and whimpering she looked around

Faces stared back in shocked disbelief

She finally accepted that the stares never knew

The moments her whole heart was consumed

Throwing people like rag dolls and yes her time came

She was thrown down an endless well

Of human struggles and tales to tell

Like homeless men whose life mission was that once a month

when a cheque brought their crack habit kicking

She sat under the bridge and smoked it with him

His dirty, scabbed hands passed her the can

She lay sick in sweat

Watching vivid memories, like herself getting beat to the rhythm of death’s dubstep

Unable to sleep but just to watch

Watch as the nurses strapped her down real tight

Flinching as the restraints sucked away her will to fight

Watch as she ran away, assaulting an officer to not be apprehended that day

She watches as she sat by a couch, razor and blood is everywhere, all over herself

“You are awake,” she tells herself

A little girl in so much pain, unable to understand why she was not the same

They surrounded the one that was different and dove in ripping

Her unraveling flesh delivered no resistance

She watches and listens as the thunder rumbles in the distance

No, these faces will never understand the depth;

the strength it takes your body to withstand

They discuss their trips and their carnival cruises, as she sits behind them feeling empty and useless

Here is her freak flag

She’s a survivor of her very soul’s molestation.

She doesn’t need to be them, she can never be them

Because she can’t undo

Her heart pounds as she stands

Shaking the rain out of her hair like fine gold sand

She takes a deep breath and reminds herself that she can

She will be this person she desires to be