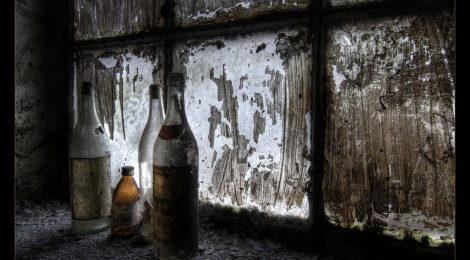 Keeping our personal and professional lives separate is something many of us strive for. But, as Johnene Canfield recently discovered, we only have so much control over this process. In the spring of 2015, Canfield was fired from her six-figure position as a Minnesota Lottery official after a DUI conviction and a stint in rehab for alcohol abuse. The following October, she filed a lawsuit to reclaim her job.

Canfield’s former employers say the reason they dismissed her was to ensure the safety of other employees and clients, as well as to preserve employee productivity at the Minnesota Lottery. But these reasons reveal how problem drinkers are viewed as incapable of workplace competence.

According to Linda Horrocks, a former health care aide at Flin Flon’s Northern Lights Manor, a long-term care home for seniors, “Employers often act based on what they think they know about addiction and alcohol addicts”—but not necessarily on the reality of living with addiction. Horrocks, like Canfield, was fired for alcohol addiction.

She was eventually re-hired by the Northern Regional Health Authority, the health-governing body in northern Manitoba that oversees employment at Northern Lights Manor. But her employer required her to sign an agreement to abstain from drinking on and off the job, and to undergo random drug and alcohol testing. In an interview with the Trauma and Mental Health Report, Horrocks said:

“I didn’t object to the testing, but I didn’t want to commit to never drink again on my own time. My union even advised me against signing this agreement, because I would just be setting myself up for failure—I hadn’t gone through treatment yet. And so, I was fired again.”

Horrocks maintains that the employers’ offer to help her abstain from alcohol completely was based on misconceptions about alcoholism and treatment.

“The managers knew a little bit about alcoholism, as family and acquaintances had gone through treatment. They just decided that the counselling that I was going through with Addictions Foundation of Manitoba was not enough because it is a harm-reduction program, not a direct path to complete abstinence.”

Horrocks understands why some may think that abstinence is the only way:

“After all, if you’re a recovering alcoholic, alcohol is deemed ‘your enemy.’”

Proponents for abstinence-based treatments argue that periods of abstinence can repair brain and central nervous system functions that were impaired. Having problem drinkers self-moderate alcohol intake has had variable success in the past. For some, the temptation of having “just one drink” can be a precursor to relapse. And for them, total abstinence may be a better approach.

But Horrocks explains, abstinence may not be the best approach for everyone. The harm reduction model accepts that some use of mind-altering substances is inevitable, and that a minimal level of drug use is normal. This approach also recognizes research showing experimental and controlled use to be the norm for most individuals who try any substance with abuse potential. Harm reduction seeks to reduce the more immediate and tangible harms of substance use rather than embrace a vague, abstract goal, such as a substance-free society. During intervention talk sessions, therapists explore and attempt to modify drinking patterns or behaviours with the client. The clinicians support autonomous decision-making and independent goal setting related to drinking.

Evidence published in the Canadian Medical Association Journal shows that these programs aim to reduce the short- and long-term harm to substance users and improve the health and functioning of these individuals. There are also benefits to the entire community through reduced crime and public disorder, in addition to the benefits that accrue from the inclusion into mainstream life of those previously marginalized.

Benjamin Henwood and colleagues from the University of Southern California also show that those who work on the front-line of severe mental illness and addiction prefer the harm-reduction approach to complete abstinence. Yet few employers have taken this approach into account when deciding the fate of employees with proven substance abuse problems outside of the workplace.

Horrocks’s and Canfield’s experience begs the question, where do we draw the line? How much say do employers have over their employees’ personal lives? It may just be that employers need to better respect the privacy of workers, so long as workplace productivity is not affected. And if employers maintain substance abuse policies that bleed over into the personal lives of staff, consideration of a harm-reduction approach is key.