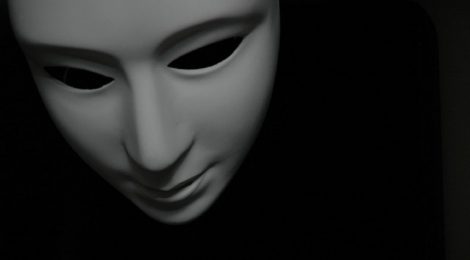 Feeling Like a Fraud in the Face of Success

More common than once thought, from new fathers to high-level executives, many of us experience impostor syndrome. Defined in the Harvard Business Review, it’s:

“A collection of feelings of inadequacy that persist despite evident success. ‘Impostors’ suffer from chronic self-doubt and a sense of intellectual fraudulence that override any feelings of success or external proof of their competence.”

For fathers, these beliefs can result from observing the immediate bond between mother and infant (fathers may take up to two months to have a similar connection). Physician Liji Thomas explained to News Medical:

“Fathers bond to their babies over a longer period… During this time, they may feel ‘out of it’, especially when they observe the special bond between their spouses and the new baby.”

And many mothers think they’re impostors too. Blogger Michelle Grant posted a piece in the Huffington Post titled “The Parenthood Impostor Syndrome,” where she said:

“It’s a feeling of uncertainty, of anxiousness and for me, it was the very real idea of being a fraud in those early weeks of motherhood… ‘Everyone else is better at this than me,’ I told myself.”

New parents can’t get direct feedback, so it can be difficult to know if they’re doing things correctly for the infant. Grant continued:

“When we first become parents, we are expected to carry out a role we’ve not been trained for—and we get no feedback from our babies on how well we’re doing. So, it’s no wonder if we feel out of our depth and like an impostor.” The impostor phenomenon is not a psychological disorder, but rather a reaction to a situation where individuals struggle to settle into a role and feel as though they’re faking ownership of it. And, feeling like an impostor isn’t limited to parents.

In a research review, psychologists Jaruwan Sakulku and James Alexander reported that as many as 70% of people experience impostor syndrome at least once during their lives—exposing the magnitude of the problem. In fact, many successful professionals face impostor syndrome.

It was first identified by psychologists Pauline Clance and Suzanne Imes in 1978 when it was used to describe many high-achieving women who didn’t recognize their personal success despite exceptional academic and professional accomplishments. These perceptions may be related to whether or not women attribute their success to luck or to ability.

Women are particularly vulnerable to impostor syndrome when they believe their achievements are the result of chance. And when they engage in occupations historically held by men, such as being a university professor or member of law enforcement, women may feel they are not truly meant to be there.

Further research, though, has demonstrated that both men and women in high-earning positions or positions that are characteristically respected are susceptible to the impostor phenomenon. A Forbes article mentioned that partners at accounting firms and famous celebrities alike have felt like frauds in their positions, as though they would be uncovered for being an impostor. Actor Don Cheadle said:

“All I can see is everything I’m doing wrong that is a sham and a fraud.” A number of causes can  contribute to impostor syndrome. These range from perfectionist personality traits, to family pressures to succeed, to minority status. A cover story in gradPSYCH magazine of the American Psychological Association stated:

“Differing in any way from the majority of your peers—whether by race, gender, sexual orientation or some other characteristic—can fuel the sense of being a fraud.”

There are some ways to combat impostor syndrome for those struggling with its challenges. Psychiatrists Andreea Seritan and Michelle Mehta suggest that “accepting compliments graciously” and “keeping a record of positive feedback” are important to minimize its effects.

For parents who are suffering with self-doubt, the CBT Institute of Southern California advises that acknowledging the fallibility of being human is helpful to overcoming impostor syndrome, and to enjoying the positives and pitfalls of parenthood.