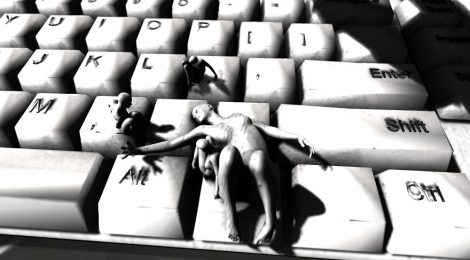 My friend Jim is that guy who is good at everything. Graduating university with honours, he owns his own business, and has so many hobbies it’s hard to keep track. You wouldn’t know it, but Jim’s secret is a battle with Internet pornography addiction for the past 11 years.

“You might think quitting is easy, but I swear to you it’s the hardest thing I’ve ever had to do. Plus, you can get pornography on your phone, laptop, tablet, kindle, whatever—it’s quite literally a click away in some cases.”

The abundance of sexually explicit material at people’s fingertips has made pornography easy for children to access. Recent statistics show that 14% of boys and 9% of girls in the United States have viewed pornography before the age of 13. In April of 2016, Utah Lawmakers declared pornography a public health crisis, citing that pornography often serves “as children’s and youth’s sex education and shapes their sexual templates,” leading to a lack of understanding of real-life physical intimacy.

Across the border in Canada, Alberta MP Arnold Vierson developed Motion 47, asking the National Standing Committee on Health to “examine the public health effects of the ease of access and viewing of online violent and degrading sexually explicit material on children, women, and men.” Vierson believes viewing pornography has on sexual health, and that these are being overlooked.

New studies are beginning to appear that link sexual dysfunction to the frequent use of pornography. Additionally, researchers are finding mental-health   related to the addiction. These include depression, anxiety, relationship problems, and low self-esteem.

Jim considers his access to pornography as having affected his sexual and emotional wellbeing:

“From watching pornography, I can hardly function sexually. I can’t obtain an erection naturally… I only stir when I’m visually stimulated. Sex with my partner can be more challenging as the quality of my erections has diminished greatly. I feel depressed and like less of a person and partner for my girlfriend.” “Rebooting” can be difficult, as most people who use the method frequently relapse. Curbing an addiction is not easy when the urge can be so easily satiated with the click of a button.

Jim is now in the process of “rebooting,” and has abstained from pornography use for over 40 days without relapse.

He curbs urges by focusing on hobbies and work, and says he’s just starting to notice a return to normal sexual function. A slow process, yes, but Jim remains hopeful.