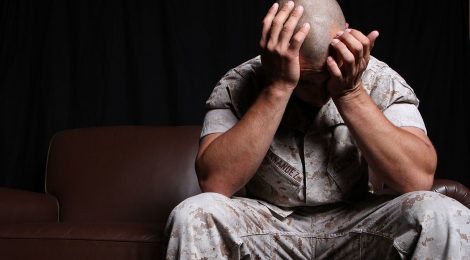 Country musician Joe Bachman’s poignant song “A Soldier’s Memoir (PTSD Song)” is a tribute to soldiers in the Armed Forces. Written by Bachman and Mitch Rossell, the song addresses the struggles that many soldiers with post traumatic stress disorder face upon returning home. Bachman was inspired to write the song after a friend, who is a psychiatrist in the U.S. Navy, spoke of how he helps soldiers who are experiencing PTSD.  The lyrics describes how soldiers often feel trapped in the past, reliving the trauma they experienced during war.