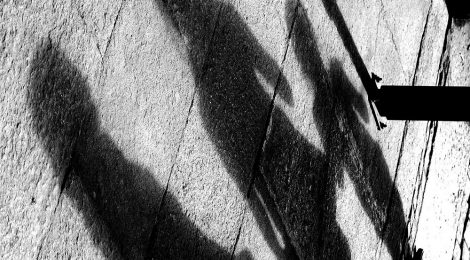 What if Your Father Were a Pedophile?

“Between You and Me,” a documentary by director Chase Joynt, examines what it feels like to discover a family member has done a terrible thing. In this short film, Chase accompanies his friend Rebekah Skoor as they travel to visit Rebekah’s father, Michael, a convicted pedophile.

Michael Skoor, a pastor and family man, was convicted of repeatedly molesting an 11-year old boy. After contemplating suicide, he confessed the abuse to a psychiatrist, who reported him. Michael turned himself in, pled guilty, and was sentenced to 29 years in prison. For many, the story ends there, but for Rebekah and her family, the story just begins.

After her father’s revelations, Rebekah and her family faced social ostracism and stigmatization from their community. And, they felt their own feelings of shame. These repercussions often fall on families of sex offenders. “It was a really scary time,” Rebekah recounts to Chase in the film, as they prepare to travel to see her dad in prison.

A study by Professors Jill Levenson and Richard Tewksbury reported on data from family members of sex offenders. These families experienced financial hardship, housing displacement, and psychological distress. They also met with social repercussions, such as ridicule and teasing, as a result of their loved one’s actions.

In addition to feeling humiliation and shame, family members feared for their personal safety. Of all participants studied, 44% reported they had been threatened or harassed by a neighbor. Children of offenders suffered from depression and anxiety due to being bullied at school by both teachers and fellow students.

The public’s animosity toward these families may have its roots in the belief that family members know about the relative’s crimes, and could have intervened to stop them. It’s not uncommon for some members of law enforcement, the media, and the helping professions, to voice such assumptions, which may influence public opinion. Teenage Rebekah Skoor and her father Michael Skoor. Photo credit: Film “Between You and Me”

In an opinion piece by psychologist Seth Myers, he portrays the wife of disgraced football coach Jerry Sandusky as a guilty party to her husband’s crimes, even though she was never charged for any part in the assaults. And, Myers had never clinically assessed Sandusky’s wife. The assumption of guilt-by-association is a dubious claim to make, and may be at the heart of stigma faced by family members of sex offenders.

In an interview with the Toronto Star, psychiatrist Paul Fedoroff refers to the family members of sex offenders as “secondary victims.” These people are often abandoned and left reeling in the aftermath of the crime.

Families must also deal with their own personal feelings and internal conflicts. In the Toronto Star article, Scott Woodside, of the Sexual Behaviours Clinic at the Centre for Addiction and Mental Health (CAMH) in Toronto, explained that children of sexually abusive fathers “don’t like that their father did this to them but they love their father… and do not want their father to be taken away because no one will replace him.” The same can apply when parents abuse outsiders.

While acknowledging the seriousness of the crimes committed by these sexual predators, their families are confronted with the difficult task of trying to reconcile their good memories with the knowledge of the terrible act the relative committed. They are caught in the middle.

And to them, the offense is hard to integrate. In a deleted scene from “Between You And Me,” Rebekah explains her difficulty in trying to convey this dichotomy to others when speaking about her father:

“I feel called to give the back story of the 21 years of awesomeness that was in my life. Not perfection, but good intentional fathering. Before I land this heinous offense on people… I want them to be able to hold with me my dichotomy, that he is in some part hero and in some part this fallen man.” Filmmaker Chase Joynt, Michael Skoor, and Rebekah Skoor. Photo Credit: Film “Between You and Me”

Rebekah wants to illustrate both sides of her father, the man she knew, and the crimes he committed. Recognizing these two seemingly incompatible aspects leaves Rebekah feeling she is caught between loving her father and condemning his actions. Rebekah’s recollection of his sentencing illustrates the issue well.

She does not approve of what he did. And yet, “The terrible things don’t undo the love.”