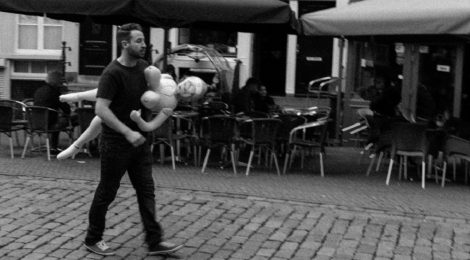 Using Love-Dolls as a Substitute for Human Intimacy

Matt McMullen started his company from his garage in 1997, making movable-display mannequins. While selling them to retail and other companies, he began receiving emails from clientele looking for something a little more risqué than what he was initially offering. McMullen explained in a Reddit AMA:

“[The mannequins] weren’t originally designed for sexual use… I thought they’d be an interesting next generation of mannequin or just interactive art. The reactions I got were overwhelmingly geared towards their potential use as ‘love-dolls,’ and I decided to go with the flow.”

McMullen went on to form RealDoll, a multimillion-dollar business that claims to make “the world’s finest love-dolls, hand-crafted in the USA.” The California-based company ships more than ten dolls per week throughout the United States. But why are so many people purchasing these kinds of items?

In an interview with Vice magazine, McMullen described his customers:

“Some are very lonely and for one reason or another do not have the desire or ability to make real bonds with someone else. Some are victims of circumstance: either something happened to them or someone broke their heart, or they might have lost a loved one to a disease. They don’t want, necessarily, to start new relationships.”

DaveCat is a self-proclaimed ‘IDollator,’ a term used to describe those who form relationships with dolls. In an episode of the Love + Radio podcast, DaveCat discussed why he preferred a synthetic romantic relationship:

“The thing is with organic relationships, you’ve got two people in love and there’s going to be a perception of the person they’re attracted to. They’re attracted to that perception and not the person that they actually are. With a synthetic (doll), everything’s up front, there’s no deceit, there’s no nasty surprises; whatever you make as far as their personalities, that’s what you get.”

Stories like DaveCat’s are not unique to western countries. The desire for inorganic relationships has also permeated Japanese culture. It even has its own slang word ‘Moe’ to describe people who disengage from human interactions to form relationships—often romantic—with an animated or other two-dimensional (2D) character.

“Moe is quasi-love for a fictional character. [People who engage in these relationships], can fulfil their desires, which exist in the 2D world. [I used to think] that those who could not make it with women in reality projected their desires into fantasy… but that’s not the case. You can desire something in the two-dimensional world that you don’t desire in the three-dimensional world… If the object actually existed… it would ruin the fantasy.”

RealDoll is also beginning to develop Artificial Intelligence (AI) to make the dolls even more human and able to form imagined emotional bonds with their clients.

Some experts, such as Matthias Scheutz of Indiana University, argue that creating subservient AI dolls with tailored personalities that ‘love’ their masters unconditionally is damaging to both society and the users themselves. In his paper, The Inherent Dangers of Unidirectional Emotional Bonds between Humans and Social Robots, Scheutz argues:

“We will need a thorough investigation of the potential harm that social robots could cause to humans and the repercussions for society when we allow robots to engage humans in personal interactions.” The Campaign Against Sex Robots is calling to ban love-dolls, claiming that they sexually objectify women and promote violence against them. The Campaign’s founder, Kathleen Richardson from De Montfort University in the UK, tells the Trauma and Mental Health Report:

“The commercial ‘sex’ (rape) trade that allows people to use human beings as objects has changed ‘sex’ from something two people experience together, to something where we are likely to see the growth of prostitution, trafficking, and pornography.”

“I think if [the AI] evolved to be so good that people no longer had to engage in human trafficking, that can only be a positive thing. Someone could buy a bunch of them and the robots could be the prostitutes instead of people.”

The human-robot relationship debate is only just starting, and will gain further momentum as technology develops. Julie Carpenter, an expert in human-robot interaction from the University of Washington, tells Forbes:

“The bottom line is that these human-AI/robot interactions are transactions and not reciprocal, and therefore probably not healthy for most people to rely on as a long-term means for substituting organic two-way affectionate bonds, or as a surrogate for a human-human shared relationship.”

With little research having been completed on either IDollator or Moe cultures, questions remain as to whether or not these phenomena are harmful to those who take part.