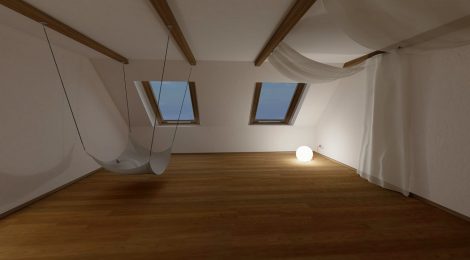 What can Minimalism do for Mental Health?

Ryan Nicodemus was once a senior executive making a six-figure income in a corporate job. He found himself unsatisfied with his life and depressed. He explains:

He looked to his life-long friend Joshua Fields Millburn for advice. Millburn pointed him toward Minimalism, namely, placing less focus and meaning on material possessions, and simplifying life to concentrate on what makes a person happiest and most fulfilled.

Nicodemus re-evaluated his circumstances and decided to de-clutter and downsize, leaving his career to pursue a life of simplicity. Together, he and Millburn branded themselves “The Minimalists.” The two attribute improved mental health to this change. These experiences are detailed in their film Minimalism: A Documentary About the Important Things where they also reveal their difficult upbringings. Both Nicodemus and Millburn witnessed addiction and substance abuse in their families. They faced the limitations that come with living in low-income households. Their challenging pasts initially led them to aspire to acquiring wealth and material objects.

Rick Hanson, a psychologist whose work lies in personal well-being, states in the film:

“I think we’re confused about what’s going to make us happy. Many people think the material possessions are really at the center of the bull’s eye and they expect that gratifying each desire as it arises will somehow summate into a satisfying life.”

He goes on to say that this is not the case, and that the media perpetuate this way of thinking.

In the film, philosopher and neuroscientist Sam Harris argues that it is natural to use other’s lives or what’s in the media as yardsticks to measure one’s own success. He adds that this approach can lead to immense dissatisfaction.

Research seems to back up Harris’ claim. Mario Pandelaere of Ghent University cites a relationship between materialism and depression. Further, Pandelaere has found that “materialists” are, on average, not the happiest people.

In fact, Rik Pieters of Tilburg University has established a link between materialism and an increase in loneliness over time, and also reports a correlation between loneliness and depression.

And, there is support that materialistic consumption doesn’t lead to satisfaction. The Minimalists advocate tackling materialism and consumption to fight depression. They describe excess consumption as a hunger that never gets fulfilled, and as a hopeless search for contentment. They say that, when letting go of the need to consume, people can tune in to their feelings and address unhappiness. Nicodemus and Millburn note:

“No matter how much stuff we buy, it’s never enough.”The two maintain that, if people abandon what is superfluous and only keep the items that add value, they can lead more satisfying lives. By regularly asking “Does this add value to my life?”, people are left with possessions that either serve a purpose or bring joy. Nicodemus and Millburn claim that answering this question leaves more room to build meaningful relationships and facilitate personal growth.

Not everyone agrees. With increased attention on Minimalism and de-cluttering in the news, there is some backlash to the movement. Many people are asking “How accessible is Minimalism? Is it something only for the wealthy elite?”

Most cannot afford to uproot their lives or leave their jobs to engage in a Minimalist lifestyle. Also, the portrayals of Minimalism so often seen on social media—images of chic white walls and trendy delicate jewelry—are far from attainable. Some people even say that they like having lots of knick-knacks and “clutter”, opting to call themselves “Maximalists.”

In his discussion of materialism, Pandelaere says:

“Everybody is to some extent materialistic, and materialistic consumption may not necessarily be bad. It may largely depend on the motives for it. If people consume in an effort to impress others, results may be adverse.”