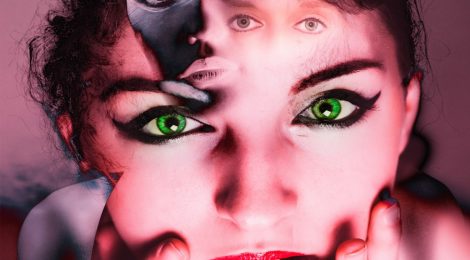 Kim Noble is an artist living with Dissociative Identity Disorder. Once called Multiple Personality Disorder, DID is a mental illness in which an individual’s identity is fragmented into two or more distinct identities. Kim has 20 personalities, or atlers, that are known to her but not all of them have a connection to one another. Thirteen of them are artists who paint. This image, called “Training of the Purple Spirit”, was made by Anon, one of the alters who takes over at night and is identifiable only by his abstract impressionism. For Kim, painting is one of the ways she copes with the pain of living with DID.