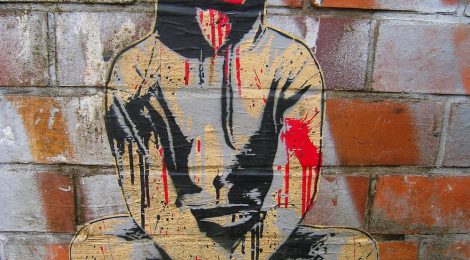 In Post-Secondary School and Homeless In an interview with The Trauma and Mental Health Report, Maya (name changed for anonymity), a fourth-year psychology major, explained what it was like living as a homeless university student:

“I would search for empty lecture halls to sleep in. I would adjust my sleep schedule by sleeping during the daytime and remaining awake at night, because it was much safer to do so.”

“I would carry my bags with me, which contained all of my belongings. Classmates and friends would ask me why I was always carrying my stuff around, but I was hesitant to tell them that I was homeless. I was afraid and ashamed of my living situation and did not want anyone to know. I was afraid that people would judge me and believe that I was to blame for my homelessness,”

When at school, Maya said that it was hard to focus on her studies and practice self-care, as her homelessness took top priority:

“I would try to do everything in my power to not bring attention to myself. I would not ask questions in class, and I would avoid making friends with other classmates. I felt sub-human and inferior. I found myself deteriorating both physically and mentally. My hair began to turn grey and greasy, my skin was pale, and my mental health was in shambles. I was so focused on my homelessness that my grades also began to suffer.”

Eventually, things got a little better for Maya, as she found a temporary place to stay:

“One of my friends was a student executive for a women’s advocacy club on-campus, and she told me that I could use the office to sleep. It was a relief because I was given food, menstrual pads and tampons, as well as a place to sleep. It really helped me to get back on my feet.” Why does homelessness among university students seem to be an invisible issue? Stephen Gaetz, director of the Canadian Observatory on Homelessness and Professor at York University explained this issue in an interview with CBC News Toronto:

“The hidden homeless is a much different population compared to the homeless population that is seen in emergency shelters. Student homelessness is often overlooked because they pull all-nighters in school, take showers in the gym, and sleep on the couches.”

According to Sulkowski’s study, youth homelessness receives less economic resources compared to adult homelessness. Youth who experience homelessness encounter several barriers to their academic success and well-being, leaving them vulnerable. One barrier that Maya had to overcome was difficulty accessing on-campus resources:

“When I tried to access counselling services, the first thing they asked me was my address. I did not have one, so I used my mother’s address instead. Something as simple as an address was a large issue for me, which isn’t something that we think about too often.”

“But even when I tried getting help for my living situation, I was given the run-around. I would call one service, and they would refer me to another one. I honestly felt like no one cared and wanted to help me, so I stopped asking for help.”

And Maya’s story is not unique. Recently, one student at the University of Alberta shared his experience with homelessness, explaining that he “slept in parks or near malls” and would find himself “frequently accessing the university food bank.” Despite the number of anecdotes regarding student homelessness, there is no national approximation for the number of post-secondary students facing homelessness in Canada, and university-specific data are not currently available.

I asked Maya what she believed post-secondary institutions should do to address the growing issue of student homelessness, given her own experience:

“Firstly, I think that campuses should have services that allow students who are homeless to access these resources without having to provide sensitive personal information. Secondly, having a kitchen on-campus stocked with food so students can prepare their own meals. Oftentimes the food that is provided by the school’s food bank is not accessible because you need a fridge or stove in order to eat it.”

Student homelessness is a problem that goes unseen. For many who experience it, they resist speaking out for fear of being shamed by their circumstances and ridiculed by others.